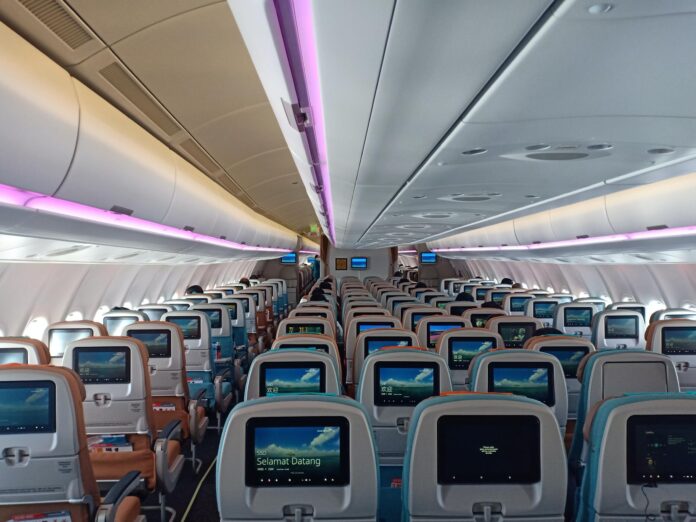 Covid-19 Pandemic, making the aviation business struggle to survive amid uncertain conditions. Several efforts were made to maintain its existence, starting from reducing employees to reducing the number of aircraft.

To maintain the company’s existence, Irfan said that the first step was to reduce employees. Currently, Garuda Indonesia has begun to finalize contracts for employees who have not been appointed as permanent employees.

In addition, Garuda Indonesia no longer recruits employees and has started laying off pilots in turn.

“There is a salary cut of 50% from total income until the company’s conditions improve,” he explained, quoted from detik.com.

Of course, the employee’s salary cuts are in order to maintain the company’s finances.

Quoted from tempo.co, the number of Garuda Indonesia employees registered to participate in the early retirement program is 1,691 employees.

“The company is reluctant to take steps called HR rationalization while still paying attention to the rights of employees,” said Irfan.

He added that the early retirement program was carried out in stages by considering the company’s financial condition.

Not only reducing employees, but Garuda Indonesia has also reduced the number of aircraft.

Irfan said that the number of aircraft might be reduced by negotiations with the lessor.

“This figure (the number of aircraft returned) is constantly changing due to negotiations with lessors. Each lessor has different ways, interests, and expectations. There is no similarity between one lessor and another,” he said.

With these various efforts, the company wants to make management simpler but still profitable. The potential for reducing aircraft, flight routes to the number of aircraft types may occur.