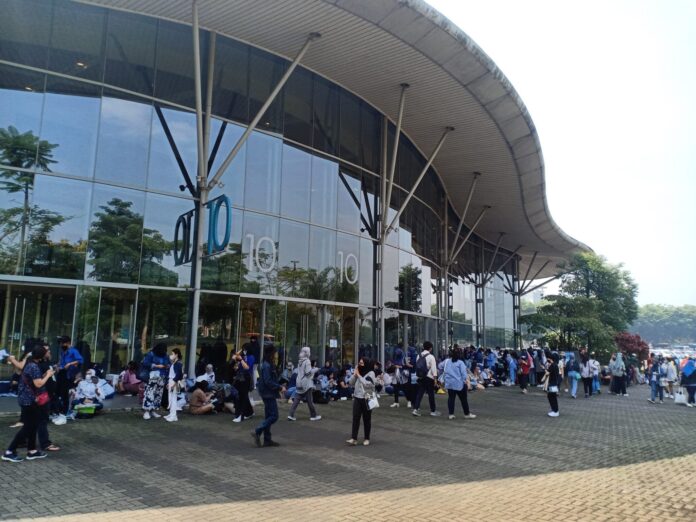 Tangerang will be full of people this weekend. This is because two major events will be held for two days at the Indonesia Convention Exhibition (ICE), BSD City, namely the Seventeen World Tour ‘Be The Sun’ and ‘Comic Frontier 15‘.

The event will be held on Saturday-Sunday, September 24-25, 2022. The holding of these two major events simultaneously is predicted to cause traffic congestion to and from around ICE BSD, and BSD City.

At the ‘Be The Sun’ concert, thousands of Seventeen fans will meet ICE BSD, Tangerang, for 2 consecutive days. And as usual, the KPOP concert will also be colored by the number of impromptu stalls selling KPOP knick-knacks.

Monitoring several fanbase accounts in Indonesia, the arrival of Scoups and 12 members of Seventeen is highly anticipated by fans in Indonesia. Not a few who offer freebies (free trinkets) Seventeen at the concert location tomorrow.

In addition to the Seventeen concert, creators and fans of pop culture and creative products in Indonesia will be reunited at Comic Frontier 15 (Comifuro 15) which will be held on 24-25 September 2022 at Hall 10 Indonesia Convention & Exhibition (ICE) BSD City, Kabupaten Tangerang.

The return of Comic Frontier face-to-face in 2022 comes with a new event concept.

During the two-day event, visitors can find various creative works from hundreds of creators who fill the Comic Frontier 15 market area. Various creators ranging from comic artists, illustrators, cosplayers, novelists, musicians, animators, and game developers, to virtual content creators will be present to provide the best work. They are at Comifuro 15.

Not only selling and exhibiting their works, but these talented creators will also appear to show their creative works at the main event which will be held on the Main Stage.

Panel Discussion sessions that discuss various interesting topics around the world of pop culture will also be held again. Visitors can also show their expressions by joining the Utattemita karaoke session which will be held on the Mini Stage.

A little advice, if you are not a fan of the two events, then you should avoid the road to ICE BSD. Traffic is expected to be heavy this weekend.