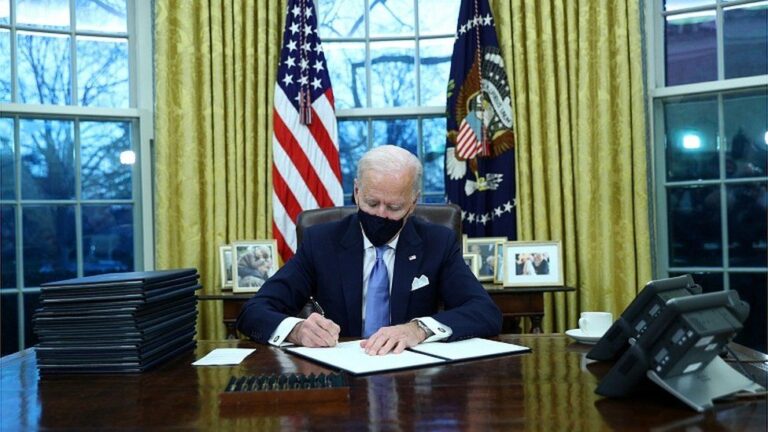 Hours after being sworn in as president of the United States, Joe Biden made his first significant moves in the White House, including signing an executive order to rejoin the Paris climate agreement.

As a result, the US will officially return to the historic commitment to limit warming to well below 2 degrees Celsius in 30 days. The US left the agreement on Nov. 4, 2020, the day after the presidential election, under the direction of former president Donald Trump.

The Paris agreement has always been more a symbolic commitment than a substantive one. For the Trump administration, ditching the accord indicated that the US was relinquishing its role as a climate leader to instead double down on being a nation that relies on fossil fuel extraction. Now, under the Biden administration, the move — part of a flurry of early actions reversing Trump’s agenda on everything from immigration to the pandemic response — symbolizes that the country is more committed than ever to tackling the climate crisis.

The need for action has never been more urgent, as the world is on track for a catastrophic warming of more than 3 degrees Celsius compared to preindustrial levels if nothing changes. Last week, scientists announced that 2020 effectively tied 2016 as the warmest year on record. In the US, last year’s barrage of hurricanes and wildfires resulted in a record number of disasters causing at least $1 billion in damage.

Biden campaigned on the most aggressive climate platform of any presidential candidate, including repeatedly committing to rejoining the Paris agreement on the first day of his presidency.