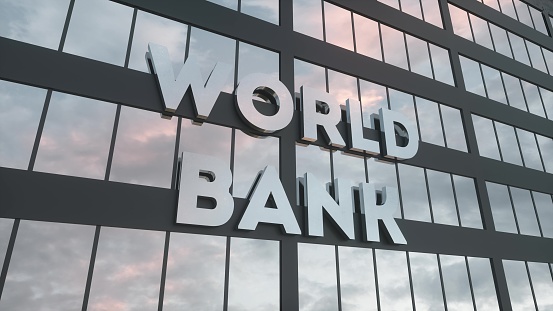 The World Bank sends a bad message. They say the world may be heading for a global recession in 2023. Several events have made this threat real.

The increase in interest rates of central banks simultaneously became the cause. Interest rates were raised to combat persistently soaring inflation.

“The world’s three largest economies – the United States, China, and the European region – have slowed sharply,” he wrote in a new study.

“Even a moderate hit to the global economy over the next year could push it into a recession,” the World Bank added.

In detail, the World Bank sees interest rate hikes will continue until next year. But that, it is believed, will not be enough to bring inflation back to pre-Covid-19 levels.

If supply disruptions and labor market pressures ease, the global core inflation rate (excluding energy) will remain at around 5% in 2023. Even then, it’s still nearly double the five-year average before the pandemic.

The World Bank said to push inflation lower, the central bank may need to raise interest rates by an additional 2 percentage points. This is on top of the 2-point increase already seen above the 2021 average.

But an increase of that magnitude, together with financial market pressures, would slow global gross domestic product (GDP) growth. Where in 2023, world GDP will be 0.5%.

There will be a 0.4% contraction. According to the World Bank, this would meet the technical definition of a global recession.

This situation is believed to be very disturbing to emerge markets and developing countries. The statement was confirmed by the President of the World Bank and his Deputy in the same report.

“This trend will persist, with devastating consequences for emerging markets and developing economies.”

Towards the End of PPKM Extension, Experts Remind Risks If Activities Going Loose

Start Opening Tomorrow! This is a List of 10 Spesial Line Point for Bike

Already Spread in Indonesia, Beware of Symptoms and Risks of the Delta Plus Variant!