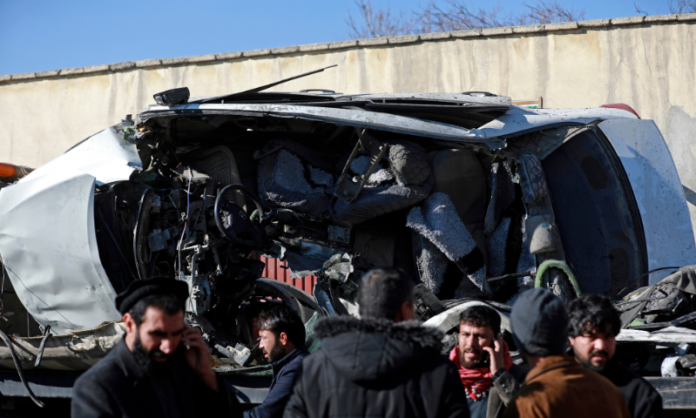 Reported by the Associated Press, Tuesday (22/12), according to the spokesman of the Kabul Police, Ferdaws Faramarz, the car bomb exploded when a sedan carrying five people was passing by.

The four doctors who were in the unfortunate car were reported to be heading to their workplace at Puli Charkhi Prison, Doghabad.

It was not clear whether the doctors were indeed the targets of the bomb attacks because the car they were riding in did not have any identification.

Because of the magnitude of the bomb explosion, the car in which the victims were traveling was almost destroyed.

Faramarz said the identity of the fifth person who died was still mysterious. He added that two residents were also injured in the incident.

Until now, no party has claimed responsibility for the car bomb explosion.

On Sunday (20/12) last week, a car bomb exploded in Kabul, killing nine people. A member of the local people’s parliament, Khan Mohammad Wardak, was injured in the incident.

The car bomb exploded when Wardak and his entourage were crossing at an intersection in the Khoshal Khan area. The fire caused by the explosion struck a number of residents’ vehicles parked in the vicinity, and damaged a number of buildings and shops.

In Ghazni Province, a journalist named Rahmatullah Nekzad was shot dead by an unknown person while heading to the mosque on Monday (21/12).

Violence continues in Afghanistan, amidst the peace negotiations process between the government and the Taliban group.

Peace talks between the Taliban and the Afghan government in Qatar have been tough. Both want to end the war that has been going on in the country for decades and fight the ISIS group that often terrorizes the local population.

Check These Indonesia Property Watch 2021 Awardees before Purchasing Your Future...

Foreign Investors Recorded Inflows at the Beginning of 2023