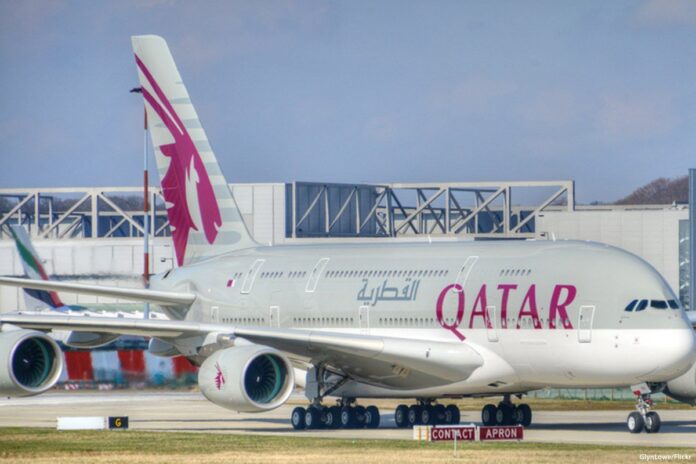 Qatar says airport officers have been brought to prosecutors after forcing the womb examinations of women who had flown to Sydney, Australia.

The women – including from Australia, UK and New Zealand – were asked to undress to see if they had recently given birth or not, after finding the baby in a Doha airport toilet on 2 October 2020.

The Qatari government said Friday “standard procedures have been violated”.

“The Qatari government’s statement is consistent with our hope of showing accountability and determination to prevent this incident from happening again,” she said.

Australia earlier had lodged a protest with Qatar over what it called a “deeply disturbing” report that female passengers were being asked to undress and examined before the flight from Doha to Sydney.

The female passengers were checked for signs of childbirth after the discovery of the baby in the toilet at Hamad International Airport.

The baby, whose parents have not been identified so far, is being treated after being found on 2 October 2020.

The search came to light after the Australian female passengers spoke up. Women from other countries were also examined.

All adult female passengers on the Qatar Airways flight were asked to undergo searches; two of them shared their experiences with the Australian Broadcasting Corporation (ABC).

Thirteen Australian women were taken to an ambulance at the airstrip and asked to undress before being examined, according to the report.

One of them, Kim Mills, told British media, the Guardian, she was among those who were asked to get off the plane and be taken to a dark parking lot, where three ambulances were awaiting for medical examinations.

However, airport officers didn’t check on her – according to Mills – possibly because she was in his 60s. However, the experience was frightening.

“My legs were shaking. I was very scared because they took me to one place. Why didn’t they explain to me what they were going to do?” Mills said, adding that the flight crew later told them they didn’t know what happened either.

“It’s so frustrating. I can’t imagine what those young women are feeling.”

The passengers had boarded into the plane before the female passengers were asked to disembark, witnesses told Australian media.

One of the passengers, Wolfgang Babeck, told the ABC, the women who were asked to get off the plane, “Many … were angry, and one of them was crying – a young woman.”

The Qatari government has yet to make any comment regarding to the incident. It is unclear whether female passengers on other flights also experienced a similar incident.

The Australian government said the report showed that the treatment of women was “outside the conditions under which women can give consent.”

Being asked by reporters if this amounted to sexual assault, Austalian Foreign Minister, Marise Payne said, “No, I didn’t say that because I haven’t seen the details of the incident.”

She said the words “a very disturbing, offensive, concerning series of events” had been filed to the Australian federal police which would “determine next steps” after the government received an explanation from Qatari officials.

Marise Payne described the actions as “offensive” and “deeply disturbing.”

Hamad International Airport did not provide details regarding the inspection or what number of women and flights affected.

In a statement, the airport said, “The medical personnel expressed concern regarding to the health condition of a mother who gave birthday and requested that she be searched for before (the plane) departed.”

“People who were able to enter certain locations at the airport where the newborn baby was found, are being asked to assist with the investigation.”

Marise Payne said Australian officials had contacted the affected female passengers after they were in Sydney and began undergoing a 14-day quarantine at the hotel, a requirement currently in place for passengers from overseas.

“They have got the necessary support regarding health protocols during the (quarantine) period,” Payne told reporters in Canberra.

She added that it was “uncommon and I have never heard of a similar incident in my life.”