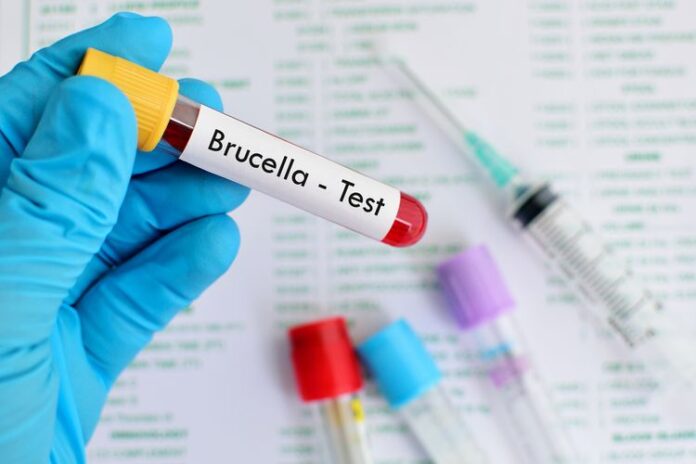 More than 6,600 people in the city of Lanzhou, Gansu province in northwestern China have recently been diagnosed with the Brucella bacteria. More than 55,700 people have been tested for Brucellosis. The trigger was an aerosol leak from an animal vaccine manufacturing plant at the end of 2019 in Lanzhuo. That’s the official report.

At that time, 200 people including livestock science students and their professors tested positive for Brucellosis. However, only one has reported symptoms of illness. Symptoms that appear in sufferers are high fever, muscle aches and night sweats.

At first the residents panicked a little because they thought there was a second wave of the Corona Sars-Cov-2 virus that triggered the COVID-19 pandemic and because ordinary people find it difficult to distinguish the symptoms.

This is what triggers residents’ concerns regarding the urgency disease, which is feared to trigger a new outbreak. Earlier this year, the license for the Brucellosis vaccine manufacturer was revoked. However, it is suspected that the disease has spread widely.

What exactly is Brucellosis?

This disease has been known since the 1850s during the Crimean war in Malta. Because of this the British officers called it Maltese fever. However, at that time, no one knew that the disease was triggered by the Brucella bacteria.

About 50 years later, the Bernhard Bang veterinarian from Denmark discovered the presence of bacteria that trigger spontaneous abortion in cows. At the time no one knew a causal link to Maltese fever.

Only 60 years later, Alice Evans, a bacteriologist from the United States, was able to trace the trigger for Maltese fever, it’s the Brucella bacteria. Because of that, the disease is called Brucellosis.

This disease is classified as Zoonosis, which is an infection that is transmitted from animals to humans. Transmission of Brucellosis disease is usually from livestock through direct contact or through contaminated milk or cheese and raw meat products or those that are not pasteurized.

Transmission also does not only pass through the digestive tract, but also through mucosal tissue in the eyes, respiratory tract or skin wounds.

This disease also exists in Germany. Therefore, there is a regulation that requires cattle and goats to be free of brucellosis. Each year there are about 20 to 40 cases of Brucellosis in Germany, mainly caused by imported livestock or due to transmission from wild animals to livestock.

Is it dangerous for humans?

The incubation period for the disease is between five and 60 days. Diagnosis is very difficult, because most cases are sub-clinical, with almost no symptoms or mild to moderate. Besides Brucella infection, the symptoms can also vary widely.

Some have influenza-like symptoms, with fever, nausea and headaches. There are also those who show symptoms of loss of appetite, complaints in the stomach or sweating profusely at night.

Untreated cases can develop into chronic pain. If an infection is suspected, a blood test is usually done in a laboratory. In the blood can be traced the presence of antibodies against the bacteria concerned.

The fatality rate for Brucellosis is about two percent. Most cases of death are due to inflammation of the tissue in the heart. Currently, antibiotics or operative measures reduce this fatality rate.

What are the preventions?

For livestock, there are two types of anti-brucellosis vaccines. Meanwhile, there is no vaccine for humans.

The easiest preventive measure in endemic area is to avoid consuming milk, raw cheese or raw meat. It is recommended to drink and eat animal products after cooking or pasteurization.

For workers in the livestock sector, it is advisable to carry out standard hygiene measures, for instance washing hands with soap and using a disinfectant after contact with animals. In addition, the clothes used must be washed and changed.

Jokowi Will Remove Covid-19 Budget for Next Year