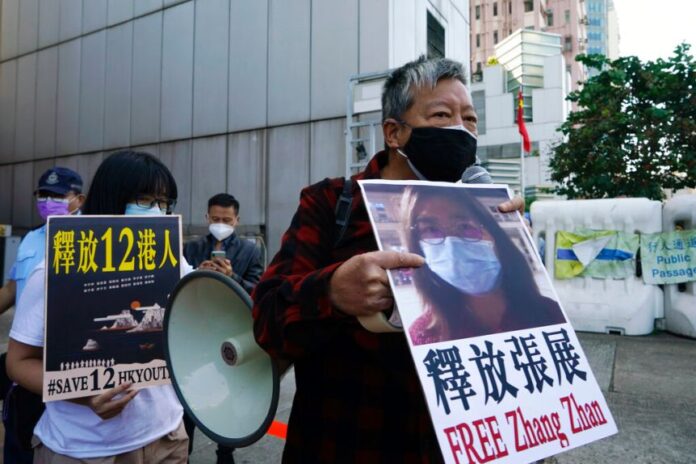 A citizen journalist, Zhang Zhan, was found guilty and sentenced to four years in prison for reporting the spread of the coronavirus in Wuhan in a live video.

Zhang was found guilty by the People’s Court of Shanghai Pudong New District, China on Monday (28/12) morning for being accused of quarreling and provoking trouble.

Reported by the South China Morning Post, the sentences handed down to him were often used by local police to silence dissent.

Zhang Zhan attended the trial in a wheelchair and is in poor health, “one of Zhang’s lawyers, Zhang Keke, said.

“She did not immediately comment on whether he would appeal or not,” he said.

Zhang, also a former lawyer, was previously said to face up to five years in prison if found “inciting quarrels and provoking trouble” for reporting the Chinese government’s chaotic initial handling of the Covid-19 outbreak.

About twelve supporters and diplomats gathered outside the Shanghai Pudong New District People’s Court where the trial took place on Monday morning.

The prosecutor has recommended a prison sentence of four to five years.

Zhang criticized the government’s initial response when Covid-19 first emerged in Wuhan. In an essay written in February, she stated that the government “did not provide enough information to people, only imposed city lockdowns”.

“This is a gross violation of human rights,” he wrote.

“(The authorities) are using her case as an example to frighten other dissidents from asking questions about the pandemic situation in Wuhan earlier this year,” Leo Lan, research and advocacy consultant, said at the Chinese NGO Human Rights Defenders.

Zhang is the first person to face trial of four other citizen journalists who were detained by local authorities earlier this year for reporting the SARS-related outbreak from Wuhan.

The three people who had the same fate as Zhang were Chen Qiushi, Fang Bin, and Li Zehua. AFP had previously attempted to contact them but with no success.

China’s communist authorities have a history of trying dissidents in obscure courts between the Christmas and New Year periods to minimize Western surveillance.

Zhang’s trial comes just weeks before an international team of World Health Organization (WHO) experts arrive in China to investigate the origins of Covid-19.

The US-China Conflict Has a Bad Impact on Indonesia

Booster Vaccine as Travel Requirement Will Be Applied In 2 Weeks

The First Kraken Subvariant Case in Indonesia Detected, Derived from a...