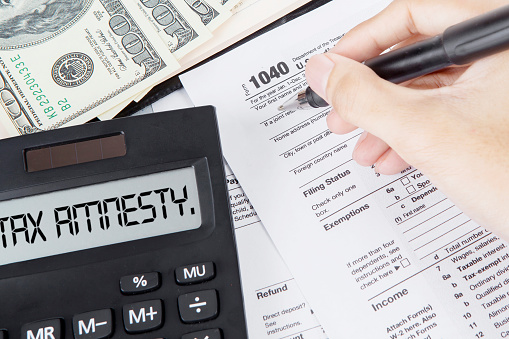 Indonesia managed to get Rp. 819.78 billion from the Voluntary Disclosure Program (PPS) or Tax Amnesty Volume II as of Thursday (27/1). The income tax payment (PPh) comes from the disclosure of net assets worth Rp. 7.64 trillion.

Quoted from the DGT’s official website, Friday (28/1), the number of taxpayers participating in the PPS reached 8,699. The Directorate General of Taxes (DGT) has issued 9,534 certificates of this total.

In addition, the declaration from within the country and repatriation made by the taxpayer reached Rp. 6.48 trillion. Then, for a foreign declaration of Rp. 673.94 billion. Of this total, the funds invested in state securities (SBN) instruments amounted to Rp. 492.5 billion.

The policy regarding the tax amnesty volume II has been regulated in the Law (UU) concerning the Harmonization of Tax Regulations (HPP) and the Minister of Finance Regulation (PMK) Number 196/PMK.03/2021 concerning Procedures for Implementing Taxpayer PPS.

In the law, it is explained that every taxpayer can disclose net assets that have not been or are not disclosed in a statement as long as the director-general of taxes has not found data or information regarding the assets in question.

Then, the net assets in question are the value of assets minus the value of debt. This is as stated in Law Number 11 of 2016 concerning Tax Amnesty.

Furthermore, the reported assets are assets obtained by the taxpayer from January 1, 1985, to December 31, 2015. The net assets will then be considered as additional income and subject to final income tax.

The procedure for calculating the final income tax is to multiply the rate with the tax base. The tariff consists of 6 percent of net assets that are in the country and are invested in business activities in the SDA, EBT, and SBN processing sectors.

Every taxpayer can disclose net assets through a price disclosure notification letter. The letter was given to the director-general of taxes from January 1, 2022, to June 30, 2022.

When disclosing net assets, taxpayers must attach several documents, such as proof of final income tax payments, a detailed list of assets along information on reported property ownership. This includes a list of debts, a statement of transferring net assets to Indonesia, and a statement of investing net assets in the SDA, EBT, and SBN business sectors.

After that, the Director-General of Taxes will issue a certificate against the submission of a notification letter on the disclosure of assets by the taxpayer.