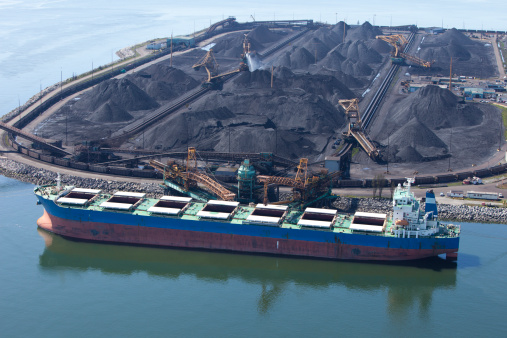 The geopolitical crisis that occurred in Europe caused a prolonged energy crisis. Therefore, Indonesian coal is ogled by countries there. Germany is even known to beg Indonesia to meet its coal needs. However, Indonesia’s efforts to meet the coal needs of several European countries are not expected to be easy.

Why is this a difficult thing? Besides the challenge of increasing production for export needs, Indonesia will also compete with several countries such as the United States and South Africa as the coal main suppliers for Europe.

Chairman of the Association of Indonesian Mining Experts (Perhapi) Rizal Kasli said that Indonesia’s coal production as of June 22 based on MODI data from the Ministry of Energy and Mineral Resources had reached 42.7% or around 283.6 million. Therefore, he is pessimistic that Indonesia can take the opportunity to expand supply to the European market.

“I am a bit pessimistic that we can fulfill this opportunity to the fullest (in Europe) because first, we will compete with other countries such as South Africa, Australia, Colombia, and the United States itself which incidentally is the world’s biggest coal producer,” he said, quoted on Wednesday (22/6/). 2022).

In addition, efforts to increase production to meet export needs are also not easy. At least the availability of heavy equipment and transportation equipment for mining activities is a challenge in itself.

Previously, the President of the Republic of Indonesia, Joko Widodo, admitted that five other presidents and prime ministers (PM) had received calls from other countries, the calls were dealing with requests for coal from Indonesia. If coal is not delivered, the country’s electricity and industry will be cut off.

“There are five presidents and prime ministers who have called me. President Jokowi begs us to send the coal quickly. If we don’t have electricity, our industry will die,” said Jokowi at the PDI-P National Working Meeting at the Party School, Lenteng Agung, South Jakarta, Tuesday (21/6/2022).

From the many requests for coal exports, Jokowi realizes that Indonesia has great power over domestic coal.

Not only coal, but Indonesia also has great strength from Crude Palm Oil (CPO) products, of which several countries have also asked Indonesia to export their CPO immediately.

“When we stopped exporting cooking oil for domestic needs and coal as well. Two PM President called me. Sir, if you don’t send it to us, there will be socio-political turmoil in my country. Can you send it please. million tons, then the demand is 200 thousand tons, 120 thousand tons earlier, we know where we are,” said Jokowi.

1,500 Employees Affected by Corona, Top Glove Closed More than Half of Its Factories

Because of PPKM, Almost a Half Total of Tourism Workers Threatened for Getting Laid-Off