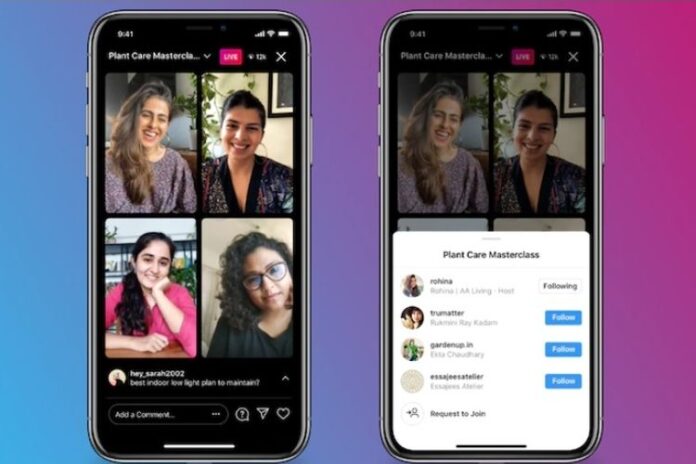 Instagram presents the Live Rooms feature in Indonesia. This feature brings improvements to Instagram Live because it can do Live with three other users at once.

This feature has previously been tested on a small scale with several users in Indonesia. Now all Instagram users in the country can try it.

Indonesia is also one of the first countries to get this new feature. Apart from Indonesia, this feature has also been tested and launched in India, and Instagram plans to roll out globally in the next few months.

Instagram said the Live Rooms feature was rolled out to help users, creators and business people who have taken advantage of the Live feature in the middle of the COVID-19 pandemic.

By livestreaming more people in Live Rooms, Instagram hopes this feature will deliver inspiring content in a variety of formats.

Country Director of Facebook in Indonesia, Pieter Lydian said users’ creativity will continue to encourage Instagram to bring more innovation and help its users to express themselves better.

“This year, we saw the extraordinary use of the Live feature from users in Indonesia. We are very inspired by the creativity of users in utilizing these features to stay connected with their friends, family, relatives and audiences in the midst of this pandemic,” Pieter said in a statement received by detikINET, Wednesday (2/12/2020).

If the host blocks a particular user, they won’t be able to apply to join Live Rooms, even if that user isn’t blocked by another user. Instagram users who previously were not allowed to use the Live feature because they violated Instagram’s Community Guidelines, also cannot join Live Rooms.

The Implementation of Restrictions on Community Activities (PPKM) in Greater Jakarta,...

Beware of Joker Virus, Remove These Dangerous Applications from Your Android!