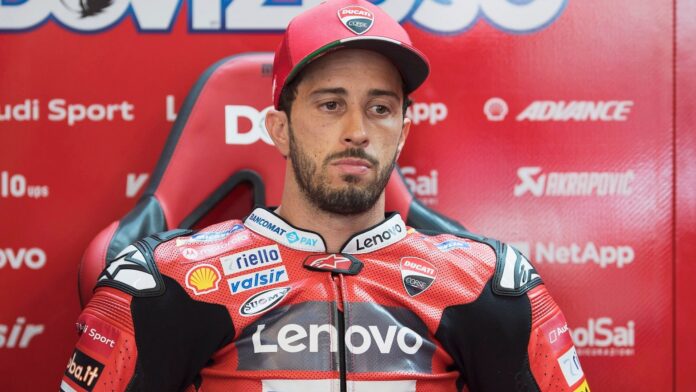 Andrea Dovizioso finally made a decision about his future in MotoGP. The Italian rider admitted that he would not accept any offers for the 2021 season.

Dovizioso’s contract at Ducati will expire at the end of this season. Efforts to extend it stuck due to salary problems, which the Ducati could not fulfill this rider’s request.

Dovizioso was also rumored to be heading for another team, either as a rider or just a test racer. One of them was to Yamaha, after Yamaha was reportedly ready to release Jorge Lorenzo to Aprilia.

That speculation then was broken. Dovizioso announced he would not accept any offers for next season. This 34-year-old racer promised that he would return to racing as soon as he found a suitable team.

“Over the last few months, I have received several offers to work as a test rider in developing the MotoGP project. I am grateful for the consideration of the factory team. However, I have decided not to make any commitments and remain free of formal agreements for now. “Dovizioso said, in a statement made on his personal social media.

“I have an immense passion for racing. I still have the ambition to compete and fight to win. I will return to MotoGP as soon as I find a project driven by the same passion and ambition that I have, and in within an organization that shares my same, values and working methods. “

“Now I am focused on finishing the World Championship in the best possible way, and I have already started to developing some projects with my partners,” Dovizioso said, who since 2017 has been the runner up of the championship.

This season, Dovizioso is ranked 6th in the 2020 MotoGP standings because he has only collected 117 points. Even though he can still be a champion in mathematics, the chances are very small because the championship only has two races left. The standings are now led by Suzuki Ecstar rider, Joan Mir, with 162 points.