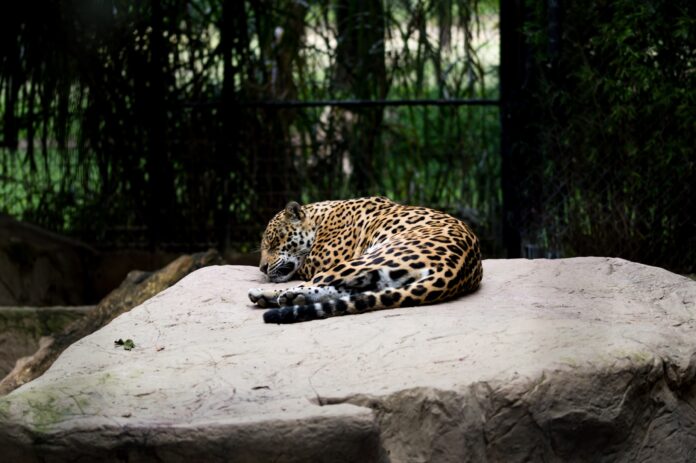 A Javan leopard (Panthera pardus melas) was found by residents in a wounded condition at the Kawah Putih Kawah Putih farmer’s hut, ended up dead. The leopard’s life could not be saved after receiving treatment at the Bandung Zoo on Monday (26/10) morning.

Public Relations of the Bandung Zoo, Sulhan Syafii, said that the leopard, which was female and a teenager, has received various handling efforts by a team of veterinarians, nurses and zoo keepers.

“After various efforts by a team of veterinarians, nurses and keepers at the Bandung Zoo assisted by the West Java BKSDA team, the female leopard that was found on Friday in Ciwidey died on Monday morning,” he said in a written statement, Monday (26/10).

Sulhan explained that the leopard was previously evacuated to the Bandung Zoo on Friday (23/10) after being found by residents. While at the Bandung Zoo, this mammal had undergone treatments such as an IV and given antibiotics to treat wounds.

“According to a team of veterinarians at the Bandung Zoo, two infusions have been used for the leopard. The condition of the wound was quite severe and has festered. It was also possible that the trauma was cause of the leopard’s death,” Sulhan said.

On the first day or on Saturday (24/10), Sukhan continued, the leopard could eat and consumed one kilogram of beef liver and a little minced meat. Feed was given while providing prevention of infection of this animal.

The medical team predicted that the leopard was trapped there for 5 days and did not eat anything. When the skin was pulled, it was already very dry, meaning that the condition was already weak, ” Sulhan explained.

The Head of the Public Relations Sub Division of the West Java Natural Resources Conservation Agency (BBKSDA), Halu Oleo, said that his party would announce the cause of the death of the poor leopard.

“Yes, the condition was getting worse. We will issue it officially through our social media,” he said when contacted.

Halu said, the dicovery of the leopard originated from an information report received by the West Java KSDA Office Officer from the KSDA Region II Division report on Friday (23/10).

“The first information was conveyed by Perhutani KRPH officers with the community who conveyed to the Cimanggu Area Conservation Resort officers that the leopards was found to be weak and there were wounds,” Halu said, cited by West Java BBKSDA through a statement on Instagram, Sunday (25/10).

Halu said, at that time the Head of West Java BBKSDA ordered officers to coordinate with the Bandung Zoo and Aspinall medical team to go down to the location to evacuate the leopard.

Regkirona Claimed to be Effective in Reducing the Severity and Death...

This Reclamation Island Has Not Been Set as a Settlement after...