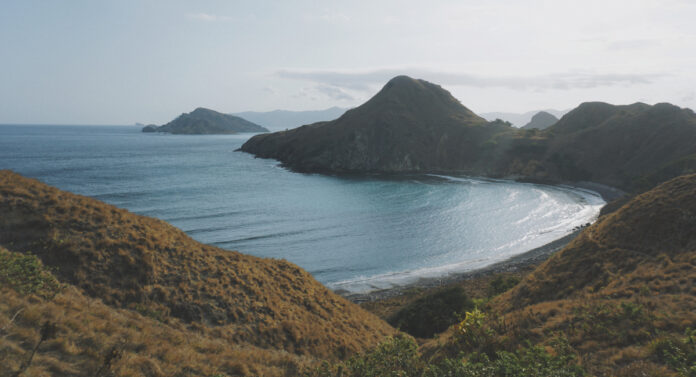 Labuan Bajo is a hidden paradise in Eastern Indonesia. It is one of the five Super Priority Destinations in Indonesia.

This village is located in Komodo District, West Manggarai Regency, East Nusa Tenggara Province, which is directly adjacent to West Nusa Tenggara and separated by the Sape Strait.

Labuan Bajo is the gateway to the charm of Flores. Your start point to complete the journey from the west. This destination saves amazing natural beauty and ancient animals that are famous worldwide. Starting from the endemic Komodo dragon in Komodo National Park, a row of exotic islands, underwater biodiversity, to fantastic beaches.

You should know that the Komodo dragon (Varanus Komodoensis) has been designated as one of the Seven Natural Wonders of the World. Komodo National Park was registered as a UNESCO World Heritage Site in 1991. It is consists of Komodo Island, Rinca Island, Padar Island, and several other islands in the vicinity.

Komodo is the first giant lizard in the world that was covered in a scientific journal. It was documented in 1912. The journal was written by Pieter Antonie Ouwens, Director of the Bogor Zoological Museum. This discovery became the beginning of Labuan Bajo’s existence in the eyes of the world because many tourists and scientists came to see ora, the term Komodo dragon from local residents.

Unlike other cities in Indonesia, Labuan Bajo has several unique features. Those are

Labuan is not a city with a vast lowland. The coastal lowlands do not follow much of the slope in favor of the broad plains above them. These conditions create a beautiful urban landscape.

The existence of the island creates the beauty of Labuan Bajo. Therefore, it is not an exaggeration to acknowledge it as a beautiful village.

At least until now, there have been no complaints from tourists related to pickpocketing or other criminal acts. You will also find the hospitality of the local people of Flores. Even when meeting strangers, local Flores residents always give a smile. Try to smile back so that you will not seem arrogant.

If you ready to go to Labuan Bajo, here are several travel way that you can choose

If you want to use air transportation, Transnusa Airlines directly connects Labuan Bajo with several cities in Indonesia. Such as Makassar, Semarang, Balikpapan, Kupang, and Mataram. You can also travel to Labuan Bajo from Gewayantana Airport in Flores, Frans Sales Lega Airport in Ruteng, or H. Hasan Aroeboesman Airport in Ende. For more information on flight schedules, visit the website of the relevant airline.

Interested in enjoying a trip by sea transportation to Labuan Bajo? you can take the Leuser ship from PELNI which sails from Makassar, South Sulawesi. Another option is to take PELNI KM Binaiya ship which departs from Denpasar (Benoa) to Labuan Bajo.