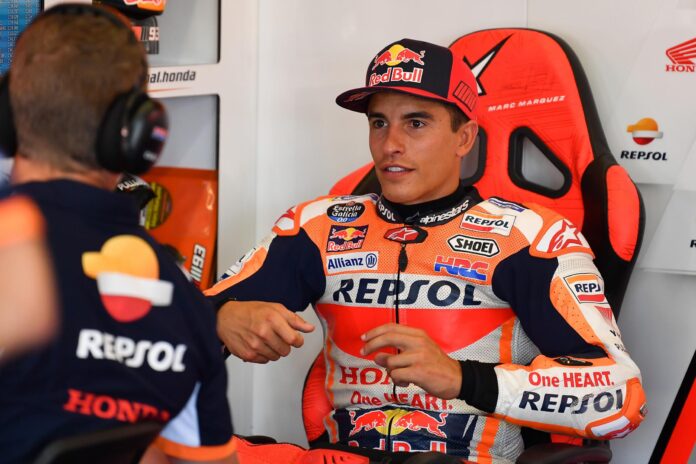 Honda racer, Marc Marquez is reported to have had an infection in the results of his third humerus operation carried out some time ago.

Honda has a danger signal for MotoGP 2021 because Marc Marquez’s recovery after the third operation on his right arm experienced a few obstacles.

Quoted from GP One based on Honda’s release, there was an infection in the results of his third operation. Currently Marquez is still being treated at the Ruber International Hospital in Madrid.

“The situation of Marc Marquez after the operation was considered satisfactory by his team. During the operation, it’s confirmed that there was a previous infection. It made Marquez has to undergo special antibiotic treatment in the coming weeks,” Repsol Honda said in a statement.

This Catalunya-born racer is said to be out for 6 months and could miss the first four races in MotoGP 2021.

The long recovery that Marquez could do gave rise to rumors that Honda could recruit Andrea Dovizioso as a coating for Marc Marquez.

However, so far there has been no response from Dovizioso himself. However, a number of reports said Dovizioso would reject Honda’s offer if it was only a temporary substitude for Marquez.

Dovizioso chose to be unemployed in MotoGP 2021 and did not get a competitive factory team. Offers that come from top factory teams are the majority of test racers. While Dovisioso still insists on being able to compete for the championship title of the 2021 season.

The Government Will Raise Electricity Tariffs For Rich People