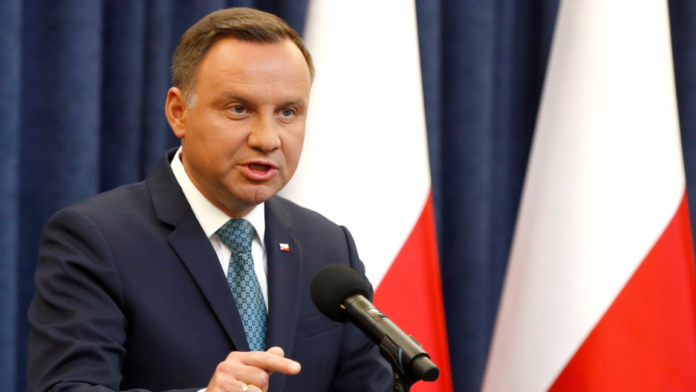 The President of Poland, Andrzej Duda, tested positive for the Corona virus. Despite being infected with Corona, President Duda stated that he felt fine.

“Yesterday the president underwent a test for the presence of the Corona virus. The result was positive,” Polish Presidential Minister, Blazej Spychalski said.

“Yesterday the president underwent a test for the presence of the Corona virus. The result was positive,” Polish Presidential Minister, Blazej Spychalski, said in an announcement via Twitter, as reported by Reuters, Saturday (24/10/2020).

“The President is fine,” he added.

“We are in constant communication with the relevant medical services,” said Spychalski.

It is not clear when President Duda was infected with Corona. AFP reported President Duda had attended an investment forum in Tallinn, Estonia, on Monday (19/10). At the forum, he met the President of Bulgaria, Rumen Radev, who recently has been into quarantine.

Poland is one of the European countries that has experienced an increase in Corona cases in recent times. On Friday (23/10) local time, Polish authorities reported 13,632 cases in a day, which is the highest record for additional daily cases in the country.

With the surge, more restrictive measures have been implemented in Poland, with the country’s entire territory to be placed in a ‘red zone’ starting Saturday (24/10) local time.

Under the restrictions, local restaurants are temporarily closed except for takeaway or delivery orders. Then only a maximum of 5 people from different houses can meet in public places and the movement of elderly citizens over 70 years old is restricted.

Indonesia’s Oil and Gas Lifting in Quarter 1/2022 Still Below the...

Beware of Being Infected to Covid-19 Without Indications! These are The...