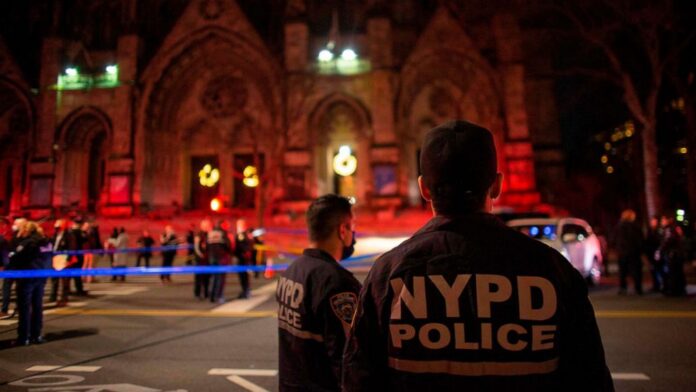 A gunman was shot dead by US police after he opened fire near a crowd of people attending a Christmas concert outside a church in New York. There were no injuries in this shooting.

Shea said three policemen who were at the scene confronted the gunman and fired a total of 15 shots at him. The police shot killed him.

“The suspect was hit by at least one shot in the head and died,” Shea said in a statement to local journalists.

The identity of the gunman was not disclosed to the public. The motive behind the shooting is also not certain.

Shea emphasized that there were no injuries in the incident. The local police found two firearms from the scene and a bag which contained a container full of gasoline, rope, wire and many knives.

An AFP journalist who witnessed the incident firsthand said he saw a man opening fire from the steps of the church as hundreds of people began to disperse after an outdoor Christmas concert was held outside the church on Sunday (13/12) afternoon, before 16:00 local time.

“I heard two or three very loud popping sounds. I looked up and maybe about 10 meters away from me, on the stairs, a man opened fire,” he said.

“I saw a gunshot burst out of the gun and I started running. I ran to save myself,” he added.

Another eyewitness named Martha Stolley said that the perpetrator fired about 8-10 shots before a policeman shot him.

“He fired without aiming at anyone,” Stolley told AFP, calling the perpetrator shouting ‘Shoot me, kill me’.