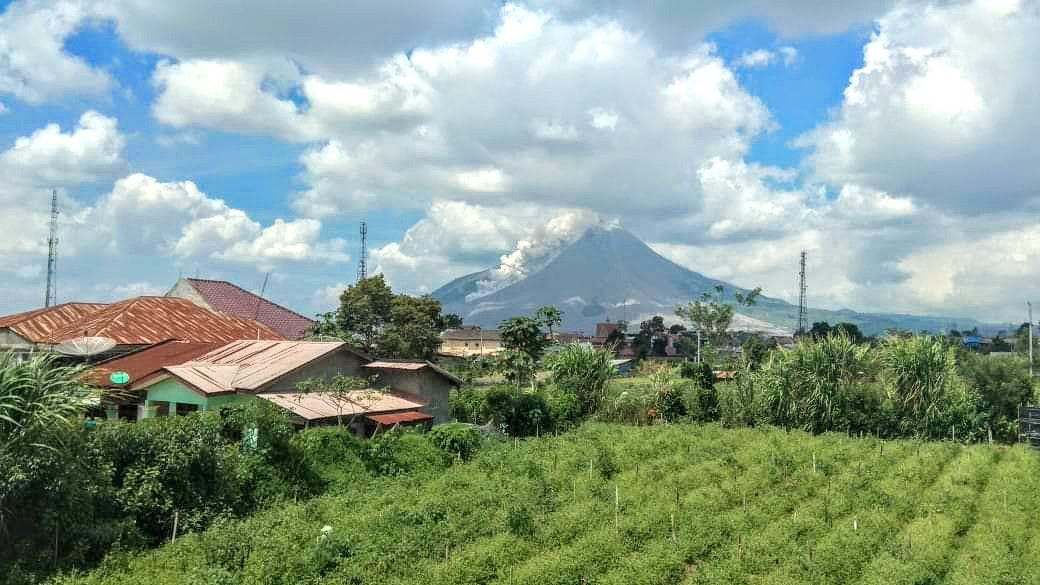 Mount Sinabung launched a hot cloud of avalanche as far as 2,500 meters on Saturday, February 6, 2021. With a thick and high intensity 200-500 meters above the crater peak, the crater smoke with weak to moderate pressure was observed in white. Now, the status of Mount Sinabung is declared at Level III (Alert).

The head of the Mount Sinabung Observation Post asked residents and farmers not to carry out activities in the villages that had been relocated. And in locations within a radius of 3 km from the top of the mountain, then a sectoral radius of 5 km for the south-east sector, and 4 km for the east-north sector.

To reduce the health impacts of volcanic ash, people are encouraged to wear masks when going outside in the event of a rain of ash.

In addition, securing clean water facilities and cleaning the roofs of houses from dense volcanic ash so that they do not collapse. In addition, people who live and live near rivers that originate at Mount Sinabung are also asked to remain alert to the dangers of lava.

Previously, the ash avalanches of Mount Sinabung were also seen on Thursday, February 4, 2021 at around 12.00 WIB. This was observed with a sliding distance of 500 to 1,500 meters to the east, southeast and south.