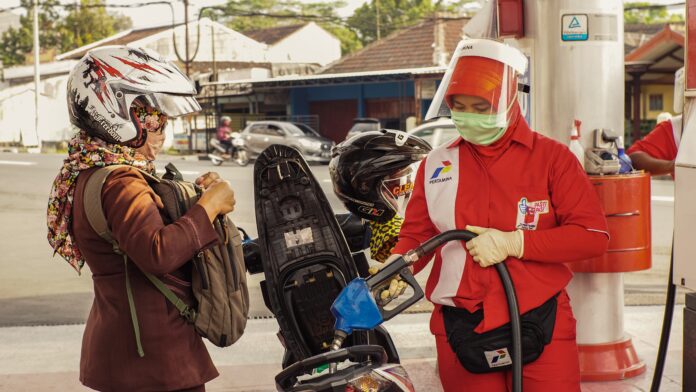 The plan to impose restrictions on the purchase of Pertalite fuel and subsidized diesel can only be implemented if the revision of Presidential Regulation (Perpres) Number 191 of 2014 concerning the Supply, Distribution, and Retail Selling Price of Oil Fuel (BBM). However, until now the revision of the regulation has not yet been completed.

The Director General of Oil and Gas (Directorate General of Oil and Gas) of the Ministry of Energy and Mineral Resources (ESDM), Tutuka Ariadji emphasized that the revision of Presidential Regulation 191/2014 still had to be studied first, especially after the increase in Pertalite fuel prices and subsidized diesel.

“If this is the scenario, the price has gone up first, so if the revision needs to be reviewed first, after the price increases, will it be limited again? What will happen to the community if for example now it has gone up and then it can’t be done anymore, how about that? That’s what we think,” said Tutuka when met at the DPR Building, Monday (12/9/2022).

Tutuka also has not been able to determine whether the restrictions on the purchase of Pertalite and Subsidized Solar will be implemented next year. Tutuka’s reason is that the government still has to be careful because the current fuel price has increased.

“We haven’t decided yet, because we have to be very careful. That’s because the price has gone up, and it continues to be limited. I think we have to study it first,” said Tutuka.

In the initial plan, the government would limit the purchase of Pertalite and Subsidized Solar as a measure for targeted fuel, to reduce the consumption of the two subsidized fuels, so that the fuel subsidy budget does not swell too much.

As a result, the government plans, for those who are entitled to use Pertalite BBM and Subsidized Solar to be done through a registration system through the Mypertamina website. As for so far, Pertamina noted that there have been as many as 2 million units of four-wheeled vehicles that have registered.

President Director of PT Pertamina (Persero), Nicke Widyawati said that his party would only follow the rules of the government. In fact, Pertamina does not encounter any obstacles related to the restrictions that will be imposed through MyPertamina.

Previously, the Minister of Energy and Mineral Resources (ESDM), Arifin Tasrif himself was not clear on whether this policy could work out. He only said that this policy plan was still in the process and discussions on how the restriction mechanism would be implemented.

“We are in the process of repairing it now, please check with SOEs,” explained Minister Arifin when met at the ESDM Ministry Office, Friday (9/9/2022).

Minister of State-Owned Enterprises (BUMN), Erick Thohir said the implementation of the digitization of gas stations itself would take at least 2-3 months. However, the targeted distribution of subsidized fuel must be carried out immediately.

“But it’s not a limitation, but now it’s agreed that the quota is opened. But in the future we have to make sure the subsidy is right on target,” Erick said when met after the 100 Indonesian Economist Workshop at Menara Bank Mega, Jakarta, quoted Friday (9/9/2022). ).

According to Erick, the government cannot continue to provide fuel subsidies for the wealthy. Therefore, the role of the MyPertamina application itself is very much needed in its application in the field.