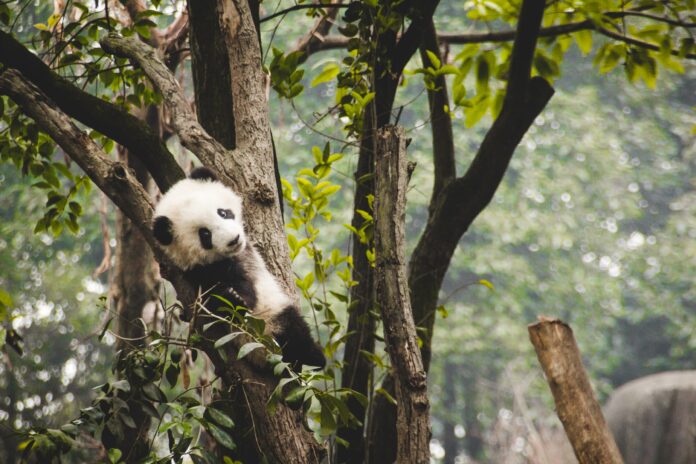 The name of the panda is Fu Bao. The panda was recorded as the first panda born in South Korea.

Fu Bao was born three months ago in the Everland Wildlife Park, Yongin. He was born to mother Ai Bao, a seven year old female panda and male panda Le Bao, who is eight years old.

The Fu Bao’s parents were brought in from China’s Sichuan Province, home of giant pandas, as part of China’s “panda diplomacy” in 2016.

Fu Bao was introduced to children and media on Wednesday (4/11/2020). At the same time it was announced that the name is Fu Bao which means fortune.

Fu Bao looked healthy and happy. He was a little shy when the zookeeper introduced him to the children. In particular for welcoming Fu Bao, the children wore panda T-shirts and masks.

“We love you Fu Bao,” the children shouted.

The giant panda is one of the most threatened species in the world and the birth of a cub is something to celebrate.

Female pandas can only get pregnant once a year for a limited period of time, and cubs have a very low chance of survival because they are often born prematurely, usually weighing less than 200 grams.

“He grew rapidly and started cutting his teeth and sitting on his own by the 100th day,” the zoo gave the statement

About 50,000 people took part in the poll to vote for the name Fu Bao.

The zoo said panda Fu Bao will make his public debut in the coming weeks when he can walk and eat bamboo. He is expected to return to China in three or four years.

The Peak of Covid-19 in Indonesia Has the Potential to Penetrate...