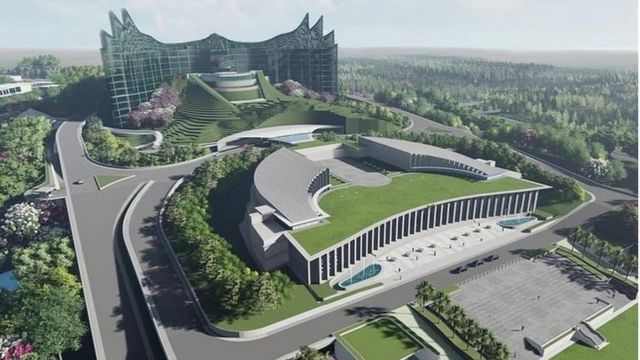 The new capital city which is being built in East Kalimantan is planned to become a modern city with high-tech facilities.

Therefore, Lecturer of Urban Development Studies (KPP) School of Strategic and Global Studies, University of Indonesia (SKSG UI), Prof. Ir. Gunawan Tjahjono said the construction of the National Capital City (IKN) could be a momentum for the development of innovation that would become a reference for future cities.

“We make this IKN a national mission for innovation, such as public transportation. Do synergies, through research between fields and invite related industries to work together on patents for the creation of these innovations. Take this opportunity to synergize with academics to develop even better IKN,” said Gunawan Tjahjono in his statement, Monday (4/4).

This was emphasized by Gunawan Tjahjono in a seminar entitled “IKN, City of Future. What’s Next?”.

Meanwhile, the Director of SKSG UI, Athor Subroto, Ph.D., said the dynamics occurred because IKN already had a law (UU No. 3 of 2022 concerning the State Capital). It can be said that the new IKN is a certainty for the people of Indonesia.

He added that IKN Nusantara will be an example of how a city should be developed, with careful calculations.

Furthermore, IKN Nusantara is expected to reflect a sustainable city that has a social, economic, and environmental context.

Head of the SKSG UI Urban Development Study Program (KPP), Dr. Chotib Hasan, conveyed, that the main reason for moving IKN to East Kalimantan was economic equity which had an impact on the distribution of the population evenly.

In addition, the clean water crisis and land conversion from agriculture to non-agriculture in Java are also the ecological aspects behind the movement of IKN.

There are five priority programs of the government at this time, namely the development of human resources (HR), continuing infrastructure development, simplifying all forms of regulation, simplifying the bureaucracy on a large scale, and transforming the economy.
“These programs are closely related to the development of economic zones in the new IKN which involve entrepreneurs,” he said.

On the other hand, Deputy Chairperson of the Indonesian Chamber of Commerce and Industry for Agrarian, Spatial Planning, and Regions, Sanny Iskandar, said that in the development of economic zones, since the administration of President Joko Widodo with the Nawacita program, which continued with the Economic Transformation program, particularly related to the Job Creation Law, the area economy is included in one of the clusters that are encouraged to accelerate the industrialization process.