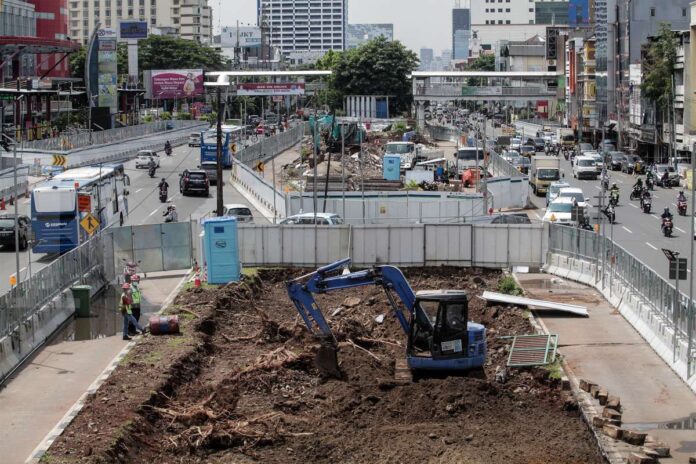 The people of DKI Jakarta must be patient again to enjoy the subway. The construction of the MRT phase II subway from the Hotel Indonesia-Old Town Roundabout will not be completed on time.

Previously, the entire project was targeted for completion in 2027 but was pushed back to 2028.

“So for segment I, we are still targeting completion in 2025, while to get to the city in 2028,” said Construction Director of PT MRT Jakarta (Perseroda) Silvia Halim, at the Journalists Forum, Tuesday (20/9/2022).

Citing the previous explanation of the Jakarta MRT Journalist Forum, the completion target for segment I (HI-Harmony Roundabout) is in 2025 while segment II (Harmony-Old Town) is in 2028.

However, this target can also be shifted depending on the completion of the tender for the procurement of CP 205 or the railway system & track work from the HI-City Roundabout And a tender has been carried out on August 25, 2022.

“It needs to be conveyed that this target depends on the procurement of CP 205 if the system does not enter it can shift. In fact, this is indeed at the tendering stage, we will convey it again later. After they are all on board we want to accelerate and it is not easy to pursue that target,” said Silvia.

Silvia explained that the CP 205 process will indeed take quite a long time because it adjusts to the stages set by the Japan International Cooperation Agency (JICA).

“Two packages have been tendered yesterday (failed), now this is the third. The target is for the contractor to be on board by the middle of next year,” she said.

As for the work package 207 for the automatic fare collection system in December 2022.

Overall, the development progress of all packages from segment I (HI-Harmony Roundabout) and segment II (Harmony-City) reached 14% as of September, slightly faster than the target of 13%.

For information, the MRT Jakarta phase 2 construction project stretches for about 11.8 kilometers from the Hotel Indonesia (HI) roundabout area to West Ancol.

This phase 2 continues the north-south corridor of phase 1 which has been operating since 2019, namely from Lebak Bulus to the HI Roundabout.

With the arrival of phase 2, the total length of the north-south line will be around 27.8 kilometers with a total travel time from Lebak Bulus Grab Station to Kota Station of around 45 minutes.