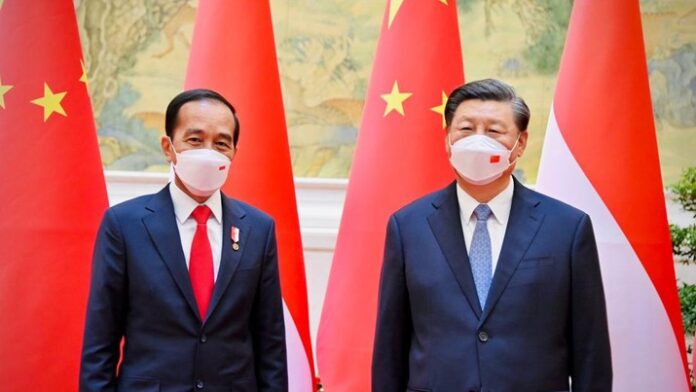 President Jokowi made his first visit to China on a three-day trip to three countries in East Asia. During the first meeting, Tuesday (27/7), Jokowi met with Chinese President Xi Jinping. Then, what were the results of the meeting between the two leaders?

It is known that Jokowi’s visit to Beijing was carried out at the invitation of Xi Jinping. Jokowi is one of the very few heads of state or government to make state visits during the Covid-19 pandemic.

During the meeting, Jokowi brought the mission of strengthening economic cooperation in both trade and investment.

“China is Indonesia’s comprehensive strategic partner. We must fill this partnership with the cooperation that is beneficial for our country, as well as for the region and the world,” said Jokowi.

Meanwhile, Xi said that Jokowi was the first head of state the Chinese side received after the Beijing Winter Olympics last February. “This is enough to prove how intimate the relationship between the two sides is,” Xi Jinping said.

Citing a statement from the Indonesian Ministry of Foreign Affairs (Kemlu) on Wednesday (27/7/2022), at least the two of them discussed several things:

The two Presidents discussed the China-Indonesia Comprehensive Strategic Partnership. Especially in recent years, there have been unprecedented global changes and the Covid-19 pandemic.

“The two countries have forged new synergies through the four pillars of cooperation covering politics, economy, people-to-people exchanges, and maritime projects, to promote the spirit of solidarity in fighting the pandemic and seeking joint development, and demonstrating the partnership between the two major developing countries, ” wrote the Ministry of Foreign Affairs.

Furthermore, both parties agreed to accelerate the formulation of a new “Five-Year Action Plan” in the implementation of the strategic partnership. Indonesia and China will also cooperate with the financing of the Belt and Road Initiative (BRI) and the Global Maritime Fulcrum (GMF).

“Committed to completing the Jakarta-Bandung High-Speed ​​Train on schedule as a flagship project,” the Ministry of Foreign Affairs wrote again.

During the meeting, China and Indonesia will also accelerate the resumption of person-to-person exchanges, including the repatriation of Indonesian students to the Bamboo Curtain country. This will open up more direct flights, and increase cooperation in sectors such as education, tourism, youth, and local exchange.

As the result of the next collaboration, Jokowi and Xi will also strengthen cooperation in the research, development, and production of vaccines and genomics. China itself is said to have agreed to support Indonesia’s efforts to establish a regional vaccine center.

Furthermore, on regional development, the two countries have agreed to implement the consensus reached at the China-ASEAN Special Summit to Commemorate the 30th Anniversary of China-ASEAN Dialogue Relations last year.

They will uphold open regionalism and advance the China-ASEAN Comprehensive Strategic Partnership for Peace, Security, Prosperity, Sustainable Development, and Friendship.

Meanwhile, several Memorandums of Understanding (MoUs) were also renewed and signed at the meeting. Such as vaccine and genomics research and development, green development, and cybersecurity capacity building.

During the meeting, China expressed its commitment to increase imports of 1 million tons of crude palm oil from Indonesia. China will also prioritize imports of agricultural products from Indonesia, especially pineapples.

Open Fire Outside the Church, A Gunman was Shot Dead by US Police