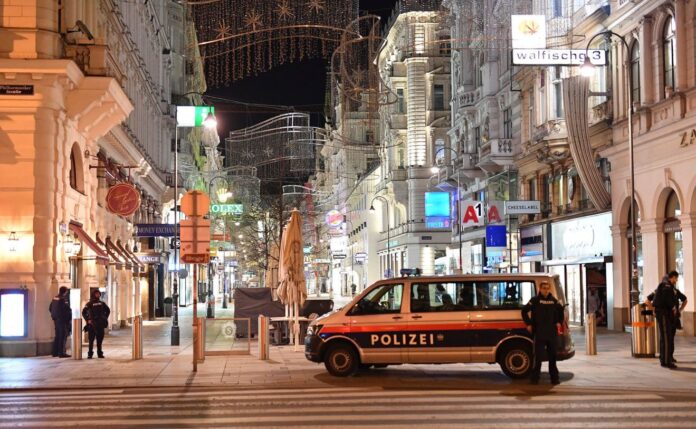 Two people were killed after gunmen shot in central Vienna on Monday (2/11). At least one assailant fled after the incident.

Minister of Home Affairs, Karl Nehammer, warned the public to stay away from the city center. He added that border checks were being tightened and children would not need to go to school on Tuesday.

“We have jointly deployed several special forces units that are looking for terrorist suspects. Therefore I am not confining them to the Vienna area, as these are fast moving attackers,” Nehammer previously told broadcaster ORF.

Kurz said the armed forces will protect places in the capital so that police can concentrate on anti-terror operations. Speaking to ORF, he said the attackers were fully armed with automatic weapons and professionally prepared.

Police said on Twitter at least one person was killed and injured including a police officer. Vienna Mayor, Michael Ludwig, told ORF, 15 people were being treated in multiple Vienna hospitals and seven of them were in severe condition.

Police also said they had shot dead one of the attackers. Nehammer said all six locations in the attack were near the road of the central Synagogue area.

Rabbi Schlomo Hofmeister told LBC London radio he lives in the Synagogue area. “When we heard gunfire, we looked out of the window and saw gunmen shooting at guests of various bars and pubs,” he said.

Ngurah Rai Airport Is Getting Busier. There Will Be Additional International...

Indonesia and Malaysia Work Together to Fight Palm Oil Discrimination