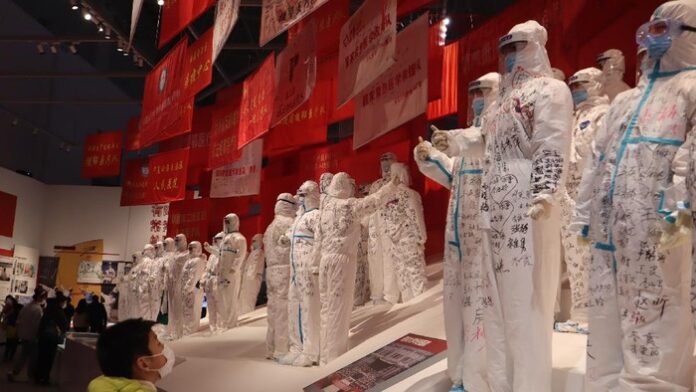 The city of Wuhan, China, has an Anti-COVID-19 Museum that has been visited by around 3,000 people per day since it first opened to the public on 15 October 2020.

“Since it was opened until now, it’s still free,” an officer who guides ANTARA while visiting the museum said, Saturday.

In the museum, which is more similar to the showroom, visitors will get a detailed picture and the sequence of events when the virus which attacks the lungs begins to spread.

There are photos and videos depicting the tense situation in one of the hospitals when Wuhan was hit by a very sudden outbreak ahead of the Chinese New Year celebrations.

There are also ambulances and medical equipment ranging from simple ones to those created specifically for handling outbreaks.

The arrival of reinforcements from various provinces, including medics, volunteers and military troops, is also depicted in audio-visual form and statues.

Dioramas depicting tense moments in the hospital’s ICU are also displayed at the Anti-COVID-19 Museum.

In fact, there are also several COVID-19 patient beds because the museum was originally functioning as a temporary hospital.

The heavy equipment used to build the two special COVID-19 hospitals, Huoshenshan and Leishenshan, are also there in the museum.

“It’s possible that this place will later become a new tourist attraction in Wuhan,” Li Qiaoling, a resident of Wuhan said.

Tourists in Bali Increase, But Hotel Occupancy Is Still Low