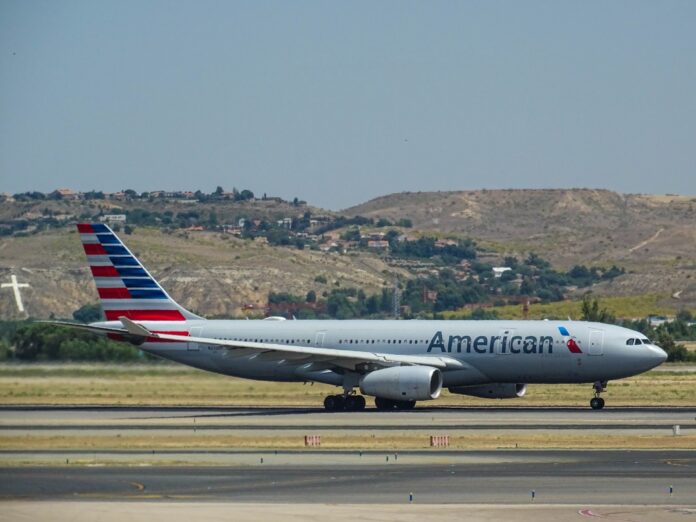 A Muslim Jordanian-American woman was sent out from an American Airlines flight to Charlotte at Newark airport. She said she made another passenger uncomfortable.

The female passenger was Amani Al Khatatbeh. She’s an activist and blogger from New Jersey, who is also nominating herself for Congress this year.

Once on the plane, she was asked to leave her seat. She was also detained for six hours before being released.

The woman confessed that the passenger said to her that she made him uncomfortable. A witness said officers came to Amani and arrested her.

Amani shared the experience on social media and described it as a racist incident. In a video, Amani claimed that she was unfairly kicked off from an American Airlines flight after a passenger in first class harassed her.

Amani said the quarrel with the man started at the TSA security check. At that time, the male passenger cut her line.

“A white man behind me cut the line because I was taking off my shoes. When I said he could wait like the other passengers, he then said that he had ‘pre check’ and was in ‘first class’,” she said.

Amani later admitted to put her belongings in front of him and headed straight for the metal detector. It was not clear how the next incident happened but, quoting the Independent, when Amani was already in the cabin, she was asked to leave the plane.

The Port Authority Police said Amani was arrested and charged for trespassing and delaying transportation. American Airlines is investigating the incident.

Amani Al Khatatbeh is known as the founding figure of the MuslimGirl.com website, a global audience site that contains content including about what it is like to be the only woman in the hijab in kickboxing classes, offering beauty tips and stories about teenagers fighting Islamophobia.

Like other Muslims in America, she was also affected by the incident 2 planes crashing into the World Trade Center tower on 9/11. After the incident she was intimidated. People threw eggs at her house and tore her mother’s tires. Her family faced attacks. For a time, his father moved them to Jordan.

When she returned to the United States, she began wearing a headscarf to challenge the rising anti-Muslim wave. “I lost a lot of friends, people started treating me differently,” she said. However, she also became an ambassador for her faith. Students, even teachers, stopped her at school and asked about the Qur’an and Islam.

“I have to learn as much as possible about my religion, the details, what is meant by Islamophobia, so that I can understand how to respond to it,” she explained further.

Finally, she concluded that if those who around her had a number of questions about his religion, so did many others.

She started creating her blog at the age of 17 with help from friends at a local mosque in her area. Much of the work done for her blog is still driven on a grassroots basis.

Her younger brother, Ameer, a journalism student at Rutgers University, helps with the website’s communications. Although the website pays a group of editors, most of the articles are written by Muslim female volunteers.

“I’m very proud of that, because one thing MuslimGirl.com does is we attract young people. They want to come in, and they want to learn more about Islam the way we present it there. We always say our language is millennial language,” Amani Al Khatatbeh said.