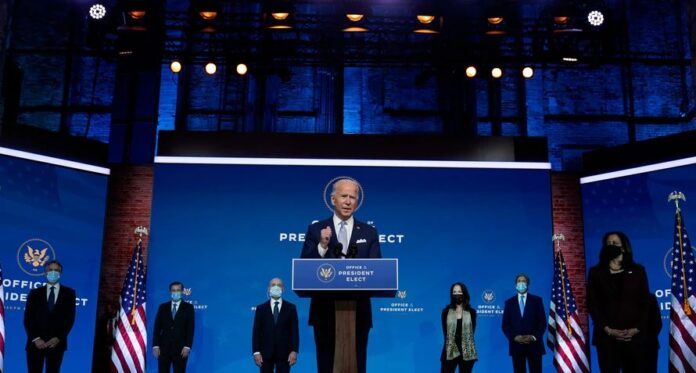 The President-elect of the United States (US), Joe Biden, appointed a woman of Palestinian descent as one of the advisers to the White House. The woman, Reema Dodin, was appointed as a Deputy Director of the Office of Legislative Affairs at the White House.

As reported by the Associated Press and Anadolu Agency, Thursday (26/11/2020), Dodin’s appointment was announced on Monday (23/11) local time. Dodin will serve as Deputy Director of the Office of Legislative Affairs at the White House along with another person named Shuwanza Goff.

Both Dodin and Goff were previously known to have worked as staff on Capitol Hill – the US parliament building – for a long time.

After Dodin’s appointment was announced, her family in Palestine was overflowing with joy. The Dodin family is known from Dura, Hebron, West Bank. Her parents immigrated to the US in the 1960’s.

Dodin’s uncle Ahmed, who lives in the West Bank, told Anadolu Agency that the family was “pleased with this appointment” and called it a “success for every Palestinian”.

Although Dodin was born in the US and has American citizenship, Ahmed said his nephew frequently visited his family in Dura and last visited about four years ago.

“She is a Palestinian princess and her origins are Palestinian,” Ahmed said, hoping that ‘the post would be good for her and for her home country’.

Dodin is known to be a graduate of the University of California at Berkeley and the University of Illinois at Urbana-Champaign. Currently she has worked as a volunteer on the Joe Biden-Kamala Harris transition team, assisting with her experience of engagement with US lawmakers on Capitol Hill.

Previously, Dodin was a Deputy Chief of Staff and Floor Director for Illinois Senator Dick Durbin from the Democratic Party.

At the White House, Dodin and Doff would join Louisa Terrell, who had just been appointed Director of the Office of Legislative Affairs at the White House. This team will be tasked with turning Biden’s long list of campaign promises into a legislative blueprint and making it happen through the US House of Representatives and the US Senate.