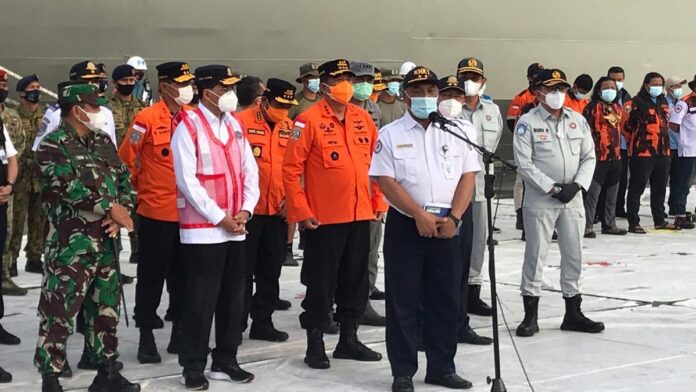 Minister of Transportation, Budi Karya Sumadi, announced that the search and rescue operation for the Sriwijaya Air SJ182 plane was closed. The evacuation was stopped after being carried out for 13 days by the joint Search and Rescue (SAR) team.

“Today is the last day of National SAR Agency (Basarnas) extension. We are closing SAR operations today,” the Minister of Transportation, Budi Karya, said in a press conference at JICT II, ​​Thursday (21/1/2021).

Basarnas is known to have extended the Sriwijaya Air SAR operation twice. Budi Karya expressed his appreciation to the joint team for carrying out the search effort.

The SJ182 evacuation efforts will be continued by the National Transportation Safety Committee (KNKT). KSAL, TNI, and Polri also supported this follow-up operation.

“We are committed to continuing to make efforts and transferring to the KNKT where we have gotten from the KSAL, TNI, Polri to carry out further operations,” Budi added.

The Sriwijaya Air SJ182 black box Flight Data Recorder (FDR) was found on the 4th day of the search, Tuesday (12/1). Here’s the search process until FDR is found.

Until now, the second SJ182 black box in the form of a CVR (cockpit voice recorder) has not been found. The discovery of CVR memory is very important for the continuation of the investigation of the cause of SJ182 by NTSC.

“Among them are efforts to find a CVR where the President also hopes that it will be met so that the NTSC analysis is complete,” he said.

NTSC Constructs Command Post on Lancang Island to Simplify SJ182 Search Operations
Previously, Basarnas conveyed the latest developments in the search for Sriwijaya Air SJ182. Until the thirteenth day or the last day of the second extension, the joint SAR Team had collected 324 body parts, 67 small pieces of the aircraft, and 55 large pieces of the aircraft.

The development of the search results was conveyed by Basarnas after receiving an additional 3 bags of small pieces of the Sriwijaya Air SJ182 aircraft on Thursday (21/1/2021) this morning. The findings came from the joint SAR team of the Indonesian Navy.

“That this morning 3 small bags of aircraft fragments will be handed over by the joint SAR of the Navy,” he said.

Rasman said the 3 bags were found on Wednesday (20/1) yesterday. However, it was only handed over to Basarnas this morning because of the unfavorable weather.

“Only this time it can (be handed over) after it has subsided a little,” he said.