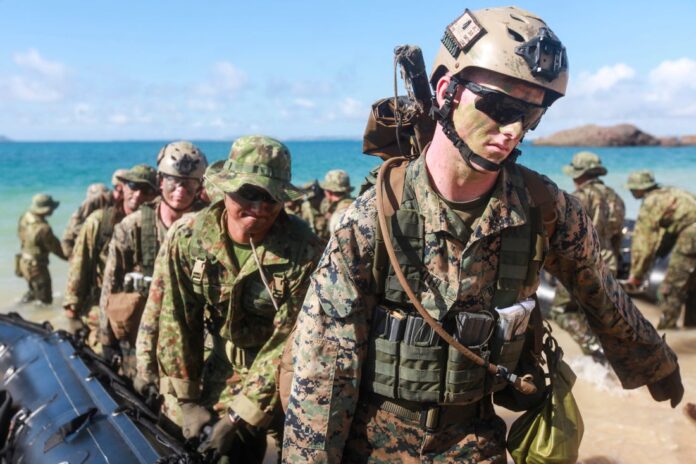 The United States federal agency of National Marine Fisheries Service (NMFS) allows the Navy to disrupt, endanger, and in some cases kill marine mammals while holding drills and other offshore activities.

The permit is contained in the regulation regarding naval rights which is renewed by NMFS for the next seven years. The permit extends from the Pacific coastline, California to Alaska.

According to the NMFS, US Navy training activities qualify as military preparedness activities under the US Marine Mammals Protection Act.

During this time, US Navy maritime exercises have often used sonar and detonated bombs in the sea weighing more than 450 kilograms.

Those activities can kill, harass and injure marine mammals, including the Orca killer whales population which is the noise-sensitive.

NMFS will consider an “accidental incident” when US military activity affects marine mammals.

These accidents can be anything from disruptive behavior, injuring, even resulting in the death of an animal.

In addition to renewing the permit, the number of animals included in the regulation has also increased to 30 species of marine mammals that have populations of up to hundreds of thousands, such as whales, dolphins and seals.

NMFS claims to have asked for public opinion before making a final decision regarding this rule. Several organizations and citizens are demanding more mitigation measures so that the destruction and death of marine mammals due to military activities can be minimized.

According to the Director of the Marine Mammal Protection Project at the Natural Resources Defense Council (NRDC), Michael Jasny, there are no significant changes in the matter of mitigating the protection of marine mammals in the regulation.

On the other hand, the population of marine animals in US waters continues to decrease. According to the CBC, researchers estimate that there are only 74 remaining Orca killer whales.

“This is very disturbing. The agency (NMFS) has never found that the impact will be greater than expected. There has never been any finding about it,” Jasny said.