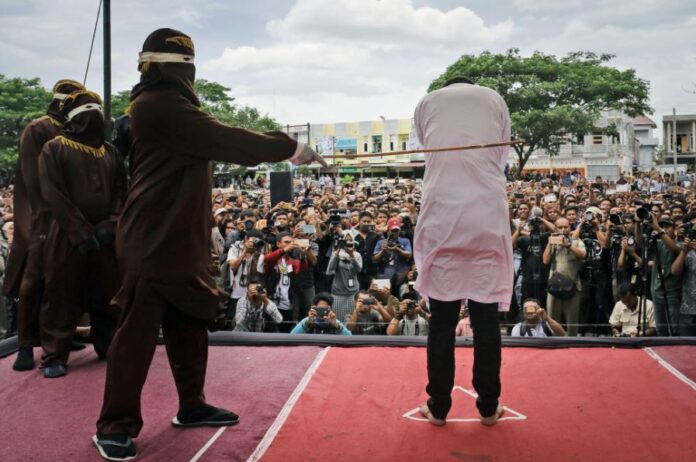 Two men in Banda Aceh were sentenced to 80 lashes each because they were proven to be gay. The verdict is the same as that of the public prosecutor.

From the decision of the Banda Aceh Syar’iyah Court (MS), Thursday (21/1/2021), the verdict against MU (27) and AL (29) was knocked by MS Banda Aceh on Wednesday (20/1). The trial began with the reading of the notes by the prosecutor reading the verdict.

During the trial, MU and AL were tried in separate files. The prosecutor charged MU and AL with a ban of 80 lashes each.

The court’s panel of judges succeeded in proving the facts that committed Jarimah Liwath (gay) as stipulated in Article 63 paragraph (1) Qanun Number 6 of 2014 concerning the Law of Jinayat. The verdict against the tragedy is in accordance with the records.

“Dropping Tazir’s uqubat against the defendant Navy in the form of lashes 80 times minus the detention period the defendant has served in temporary detention,” the judge decided.

Previously, two men in Banda Aceh, Acehnese, were raided for allegedly having sex with the same gender. The two of them were raided at a boarding house in Kuta Alam District, Banda Aceh, Thursday (12/11/2020) night. MU has lived in that location since before.

“Two people who were arrested with the initials MU (27) who acted as a girl and AL (29) as a boy. They claimed to have had sex,” the Head of Investigation and Investigation of the Satpol PP-Wilayatul Hisbah (WH / Sharia Police) Banda Aceh City, Zakwan, said, when confirmed, Saturday (11/14/2020).

“When the door opened, he was half naked. After being raided, the residents contacted us,” Zakwan said.

In almost 2 weeks, the rescue of 21 Chinese miners is still being carried out

Indonesia Potentially Gets US$600 Billion Investment from green infrastructure