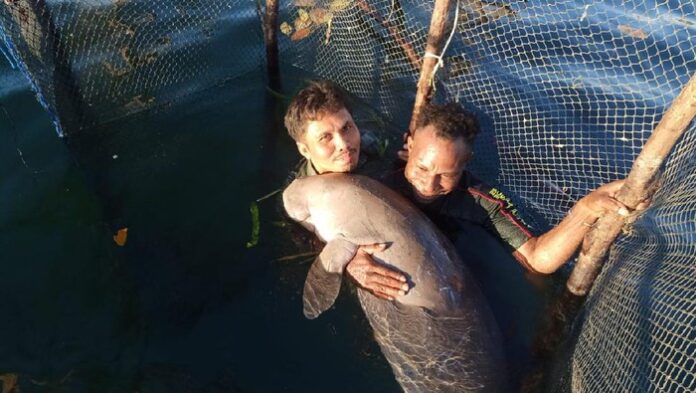 Residents in Konawe Islands Regency, Southeast Sulawesi were upset by the discovery of a dugong. There were several wounds on the animal’s body.

Head of the Regional Conservation Section II of the Southeast Sulawesi BKSDA, La Ode Kaida, said that the dugong was first discovered by residents in Bahaba Village, Southeast Wawonii District, Konawe Islands Regency, Southeast Sulawesi, last Sunday (15/11/2020). The Rescue Team from the Central Sulawesi KSDA then headed straight to the location for an evacuation.

“Yesterday, the Rescue Team of the Central Sulawesi KSDA Center evacuated the dugong to a temporary treatment area,” La Ode said in his statement to reporters, Tuesday (17/11).

The dugong was then taken to the coastal area of ​​South Konawe Regency, Southeast Sulawesi. The Rescue Team of the Central Sulawesi KSDA Center borrowed the karamba of the residents in Ampera Village, Kolono Timur District, Konawe Selatan, for a temporary treatment site.

“The dugong is 130 cm in length. We are currently treating it in Ampera Village,” he said.

The dugong will be released again the wounds on its body have healed.

“It experiences wounds on the back. Serious injuries are on the tail fin and the abdomen,” he explained.