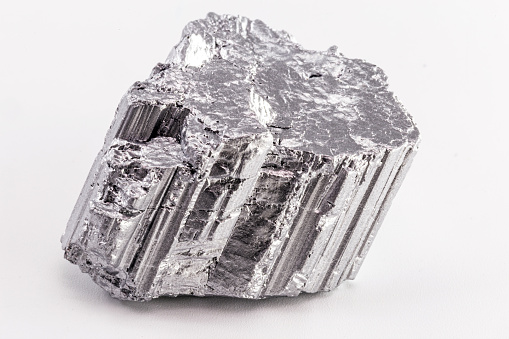 Indonesia is well-known for its wealth and nature. In fact, Indonesia also has super rare metals in the world. The commodities in question are rare earth elements or REE.

It is called rare earth metal because this commodity is very rare and rarely found. However, this RRE is abundant and can be easily found in various parts of Indonesia.

What’s more, this rare earth resource is sought after by many parties. This is because this “treasure” has many benefits and can be used as raw material for various equipment that requires today’s modern technology, including raw materials for batteries, cell phones, computers, and the electronics industry power plants based on new and renewable energy (EBT). ) such as Solar Power Plants (PLTS), Wind Power Plants (PLTB). Then, it can also be used as raw materials for the defense industry to electric vehicles.

Quoting the book “Potential of Rare Earth Metals in Indonesia” published by the Geological Agency of the Ministry of Energy and Mineral Resources 2019, rare earth metals (LTJ) are one of the strategic minerals and are included as “critical minerals” which are a collection of 17 chemical elements.

However, these elements are very difficult to mine because their concentrations are not high enough to be mined economically. These seventeen metallic elements have many similar properties and are often found together in geological deposits.

According to the records of the Directorate General of Mineral and Coal (Ditjen Minerba) of the Ministry of Energy and Mineral Resources (ESDM), rare earth metals are spread in several regions in Indonesia, including the Province of North Sumatra as many as 19,917 tons.

The Director-General of Mineral and Coal at the Ministry of Energy and Mineral Resources, Ridwan Djamaluddin, said that currently, the exploration stage of LTJ in Indonesia is still limited, so from the existing potential, only 7 locations have been indicated for LTJ.

“Then we know that there are 9 locations and 8 locations of resources have been mapped. These 8 locations have just carried out initial exploration, so in general, we are still limited,” said Ridwan in an RDP with Commission VII DPR, Monday (11/4/2022).

The Director-General of Metal, Machinery, Transportation Equipment and Electronics (Dirjen ILMATE) of the Ministry of Industry, Taufiek Bawazier, explained that LTJ has a fairly strategic position at this time. Considering this rare metal has a big role in meeting the needs of industrial technology.

He explained that the magnets in rare earth metals (LTJ) have an important role in the development of green technology and others. Even for the process of making the F 35 aircraft, for example, the required LTJ needs to reach 417 kg.

“For the defense of the F 35 aircraft, it requires an LTJ of 417 kg, so it’s like the magnets. Now it’s still controlled by China, 62% of its production is in fact a lot of reserves there. It’s not easy for us to get the technology,” said Taufiek in a Hearing Meeting with Commission VII, Monday (11/4/2022).

Therefore, considering this super rare treasure has a myriad of benefits for the sustainability of the industry. So, his party supports the development of Rare Earth Metals, one of which is by preparing a road map for the development of LTJ.

“Because we see that this is very strategic, for defense, for green technology and we have mapped this and we will include the regulation in a Presidential Instruction (INPRES),” he said.

Bali Mandara Toll Tariff Will Increase, How Much the Increase?