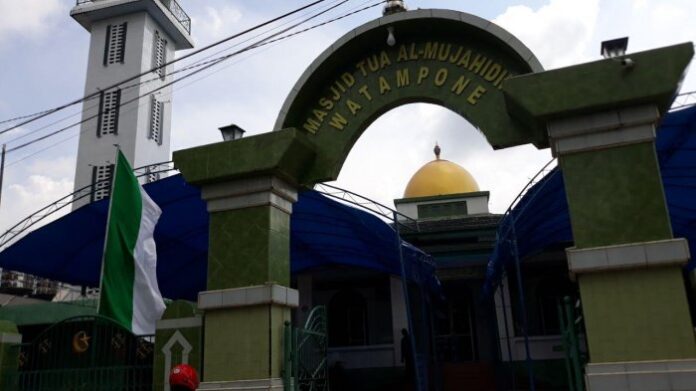 A mosque in Makassar, South Sulawesi became a target of bomb threat on Wednesday night (30/12).

The mosque was Mujahidin Mosque in Makassar District, Makassar City. After receiving a terror threat, the South Sulawesi Police Mobile Brimob Jibom Gegana unit moved and carried out the sterilization. As the result, the bomb did not exist.

“Last night there was a young man with the initials ZK (21) whom we secured. He was (allegedly) the perpetrator of the terror at the Mujahidin Mosque, Jalan Maccini Sawah, Makassar District,” said Head of Makassar Crime Police, Commissioner Agus Khaerul confirmed on Thursday (31/12) .

It is known that one of the administrators of the Mujahidin Mosque Haji, Ila Muhammad, initially received a call from a man on Wednesday evening asking for a new calendar. However, Ila said that the mosque did not provide a new calendar.

However the caller kept pushing and finally turned off the phone line. When Ila called the number with a different number, the caller responded by claiming he was a terrorist and had installed a bomb in the mosque.

After the team from the Jibom unit carried out the sterilization at the Mujahidin Mosque, they did not find anything dangerous except for a bucket and a thing wrapped by plastic bag.

“Apart from moving quickly to carry out sterilization at the scene, other members gave chase and succeeded in securing the ZK perpetrator. This is still a temporary interrogation. The information changes, at first glance he looks abnormal so we will involve a psychologist,” Agus said.

The Government Accelerates the Toll Road Construction Over the Sea to...