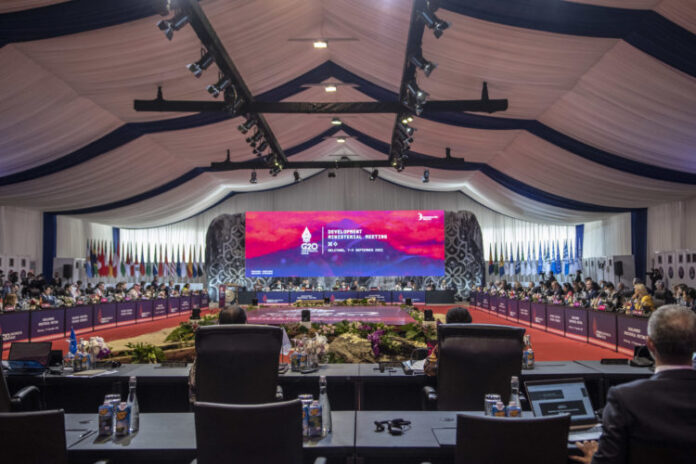 Belitung Island is increasingly known to the world. This is after the G20 Development Ministerial Meeting (DMM) on Belitung Island, Bangka Belitung Islands Province, was carried out well. The G20 delegates were impressed with the Island.

The success of the G20 on Belitung Island was not only recognized by the central and local governments but also the recognition and praise of the delegates from 22 countries who were very impressed with the culture, friendliness, and openness of the Belitung people in welcoming guests.

The G20 delegates not only praised the cohesiveness of the community but the beauty of exotic tourism on Belitung Island and they promised to return with their families to travel to the area.

Belitung Island offers an amazing, clean and beautiful view. Moreover, the surrounding community warmly welcomed the G20 delegates. This is what impressed the delegates.

Minister of National Development Planning Suharso Monoarfa said the reason why the G20 activities were held on Belitung Island, where previously Belitung Island had never hosted such international activities.

“You must be wondering why we held this meeting on Belitung Island. We are back in the historical period of 1918, at that time, Belitung was a producer of tin, which harmed the environment. But in 2000, Babylon began to realize the importance of sustainable tourism,” he said.

Deputy for Economic Affairs at the Ministry of National Development Planning/Bappenas Amalia Adininggar Widyasanti said that the G20 2022 Side Event had three objectives, namely, first, to propose and promote the Blue Economy Roadmap.

Furthermore, it is a forum to learn best practices and success stories of countries that are realizing a blue economy and finally, to build potential collaborations in the design and implementation of Indonesia’s Blue Economy Roadmap.

“The Blue Economy Roadmap is one of the solutions to support economic transformation at the national level,” he said.

It is hoped that an inclusive and sustainable blue economy strategy can be designed to improve the welfare of the community considering that Indonesia is a maritime country with the enormous marine potential to be managed.

Not only that, the G20 event is an opportunity to emphasize that Indonesia’s marine economic potential is very large to be utilized optimally.

“Utilizing the economic potential of the sea will certainly contribute significantly to the recovery and transformation of the nation’s economy, especially to increase employment, productivity, and added value to the economy,” he said.

The Acting Governor of the Babylon Islands, Ridwan Djamaluddin, said that the Babel Islands Province must be prepared to further encourage maritime-based development. However, there are several challenges to the potential of the blue economy such as human resources (HR), funding, and technology.

“With these challenges, we will look for the best solutions to support economic recovery, including the potential for a blue economy,” he said.

Maritime development cooperation through the blue economy can be established through the G20 DWG in Belitung so that local governments can find the best solution as a source of sustainable economic growth.

Cisumdawu Toll Road Operation Is Delayed Due to Landslide Disaster