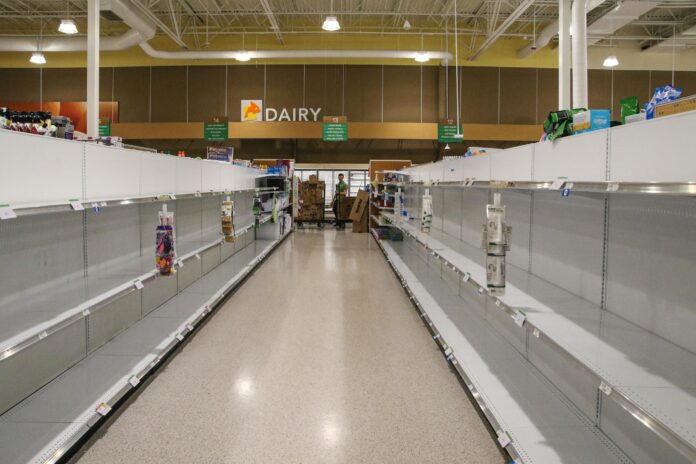 After over a year of no local cases in Wuhan, an authorized discovered seven cases in the city on Monday (August 2, 2021).

Massive tests were carried out on nearly the entire population. Flights and trains were also temporarily suspended during the Delta variant‘s spread, which is known to have a fast transmission rate.

As a result, residents are affected by panic buying because they are worried that there will be a lockdown might be enforced. Several shops were reportedly swarmed by residents, which left many supermarket shelves empty.

“Residents are buzzing at a supermarket in Wuhan after a nearby housing block was lockdown as part of a Covid-19 precautionary measure,” wrote NPR.

China itself is currently struggling to contain the Delta variant that has begun to spread in the country. This variant is the strain of the latest coronavirus discovered from India, which is believed to spread more rapidly, endangering health facilities and causing more severe symptoms.

China recorded 98 new cases, the highest since January 2021. A total of 55 cases were local transmissions. Tuesday, cases slightly decreased to 90 patients. There are currently 1,157 active cases in China.

The Delta variant is said to have spread in 20 cities and more than a dozen provinces in China.

In Beijing since Sunday, city officials have asked residents not to leave the city. “Unless necessary,” the official said.

All trains, buses, and airlines from the corona epicenter areas were found to be cut off. Tourists are also prohibited from coming to Beijing even though it is currently the peak of summer holidays in the country.

“Only essential travelers will be allowed in if the nucleic acid test is negative,” the Beijing official said.

Meanwhile, in the Hunan Province, Zhuzhou City, 1.2 million residents were asked to stay at home for three days. This coincided with massive government testing and citywide vaccinations.

“The situation is still bleak and difficult,” the Zhuzhou government said.

The tourist town of Zhangjiajie near Zhuzhou has also been under lockdown since last Friday. The total population of the city is 1.5 million.

China had previously succeeded in fighting Covid-19 in 2020. However, a new cluster of the Delta variant at Nanjing international airport, Jiangsu Province, related to nine cleaners on July 20, threatened that success.

Over the past two weeks, 360 local cases of the Covid-19’s Delta variant have been found. It is not clear where the Delta variant came from, some suggest the infection came from flights from Russia carrying citizens who tested positive for Covid-19.

List of Jakarta Parts that are Prone to Flooding