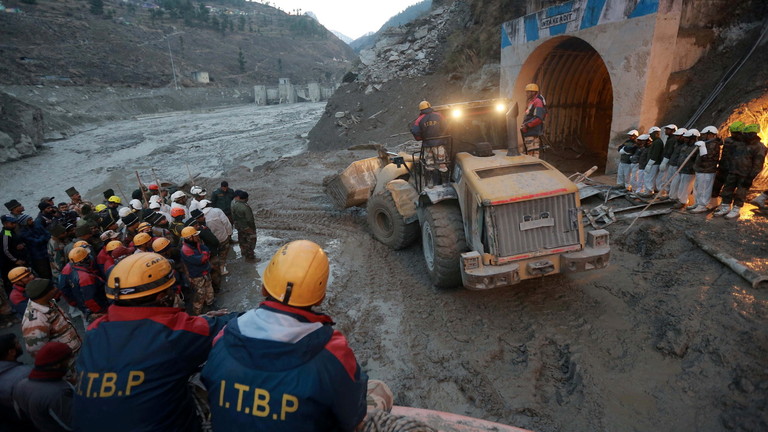 Fourteen people are confirmed dead and at least 170 others missing after a part of a Himalayan glacier broke away in India, setting off a torrent of water, rock and dust down a mountain valley, officials said. The state government of Uttarakhand, in the country’s north, said on Twitter on Monday about the state of the tragedy.

Sunday’s violent surge swept away a small hydroelectric project called Rishiganga and damaged a bigger one further downstream. “There was a cloud of dust as the water went by. The ground shook like an earthquake,” said resident Om Agarwal.

Most of the missing were people working on the two projects, one of the many the government has been building deep in the mountains of Uttarakhand state as part of a development push. Rescue workers were focused on a 2.5 km (1.5 miles) long tunnel where workers were believed trapped.

With the main road washed away, the tunnel was filled with mud and rocks and paramilitary rescuers had to climb down a hillside on ropes to get access to the entrance. Uttarakhand in the Himalayas is prone to flash floods and landslides. In June 2013, record rainfall caused devastating floods that killed close to 6,000.

That disaster was dubbed the “Himalayan tsunami” because of the torrents of water unleashed in the mountainous area, which sent mud and rocks crashing down, burying homes, sweeping away buildings, roads and bridges.

India’s air force was being readied to help with rescue operations, the federal government said, while Home Minister Amit Shah said disaster-response teams were being airlifted in to help with relief and rescue.

Indonesia’s Exports Grow Fast up to 27%