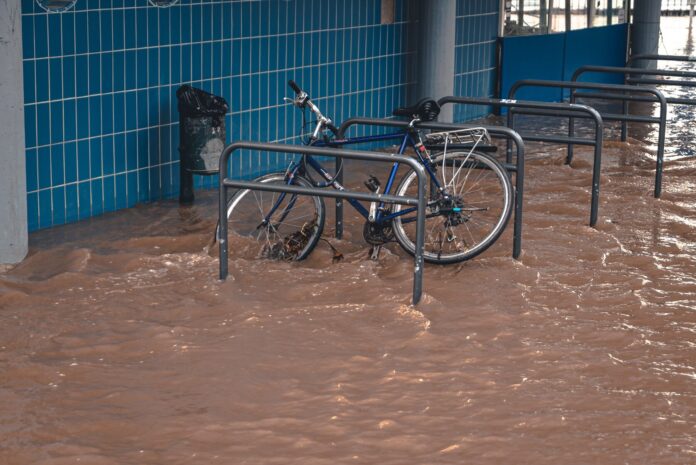 The Belgian flags raise at half-mast at Belgium official buildings. Those acts are to commemorate the flood disaster that killed 31 of their citizens. Not only the Belgian flag but also the European Union flag also flutter at half-mast.

One of the worst floods occurred in Verviers City. That’s why King Philippe and Queen Mathilde paid their respects to the victims at the fire station there.

All Belgian activities were temporarily suspended for 1 minute as a mourning symbol, including transportation activities such as buses and trains. Sirens sounded at fire stations across Belgium.

The death toll from the severe floods that hit Belgium now stands at 31. Meanwhile, dozens of people were declared missing. Currently, the Belgian government is focusing on restoring infrastructure after the floods.

Once identified, more than 37,000 homes are still without electricity and 3,600 others without gas supply. Meanwhile, the Infrabel train operator said there had been disruptions in nearly half of the nation’s rail services.

See Also: Here is the Reason Why the Government Just Banned Foreign Workers from Entering Indonesia

Who is Allowed to Use Moderna Vaccines?

5 World Level Treasures in Indonesia That Can Make It Rich!