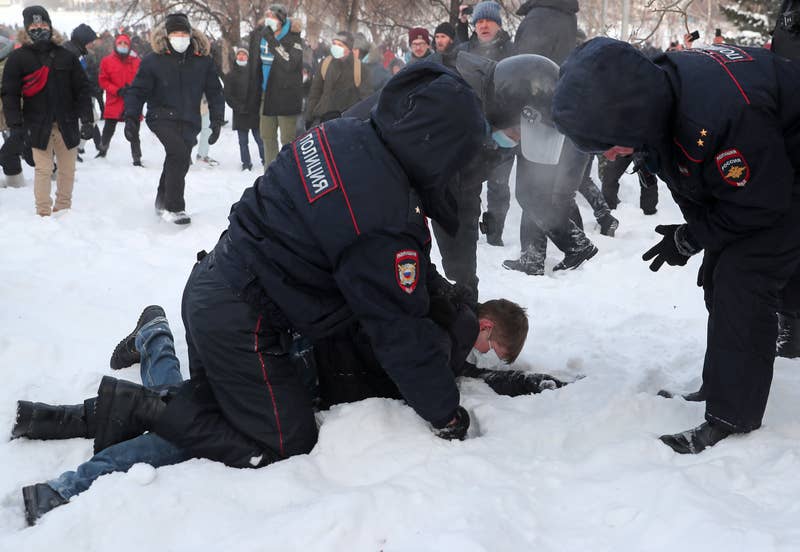 Thousands of Russians across 200 cities spanning from Moscow to Siberia braved sub-zero temperatures and police brutality during pro-democracy protests in the country on Saturday.

The demonstrations came in response to the attempted assassination and subsequent arrest of opposition leader Alexei Navalny, which sparked ire among Russian citizens.

Navalny was poisoned in August last year and transferred to Germany for treatment, where doctors confirmed that the chemical agent Novichok was used. Navalny then helped investigate his own assassination together with Bellingcat, a news outlet. He famously phoned an FSB agent involved and tricked him into a confession.

The opposition leader returned to Russia on Jan. 17, where he was immediately arrested. His team published another investigation two days later, which purportedly shows President Vladimir Putin’s palace on the Black Sea. The investigation came alongside calls from Navalny to protest on Jan. 23, which were resoundingly heeded.

There have been over 3,000 arrests across the country, including of 16 reporters, according to protest-tracking website OVD-Info, the most in the last four years. It’s not known how many people across the country participated, but videos and images show what appears to be tens of thousands of people in the streets.