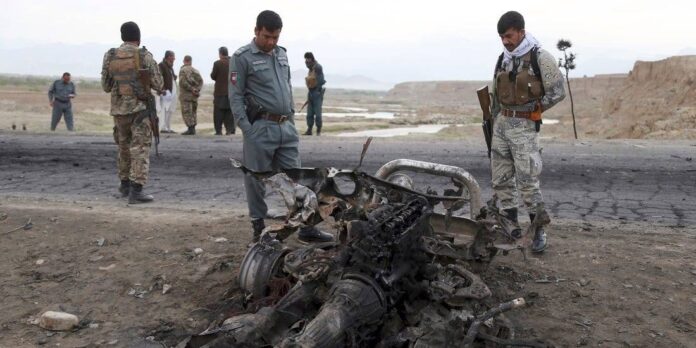 A bomb attack using a motorized rickshaw in Afghanistan killed 11 children and injured 20 others.

Jumazada said the bomb was hidden in a motorized rickshaw driven by a man pretending to be a seller. The perpetrator then entered a village to sell his wares, then were surrounded by children.

He said there was a possibility that the number of victims would increase.

Until now, no party has claimed responsibility. Jumazada said that the authorities were currently investigating why the children were the targets of the bomb attacks.

The incident occurred after the Chairman of the United States Armed Forces Joint Chiefs of Staff, General Mark Milley, held a meeting with Taliban representatives in Doha, Qatar. They discussed an agreement from the military side regarding the peace agreement between the US and the Taliban in February.

After that, Milley then flew to the capital city of Kabul, Afghanistan, to meet President Ashraf Ghani. He said both the government and the Taliban must immediately suppress violence across the country.

Violence in Afghanistan has intensified in recent months. In fact, the Taliban and the government are holding peace talks in Qatar, in order to end the war that has lasted decades.

Mining and Oil Downstream Could Add to Gross Domestic Product