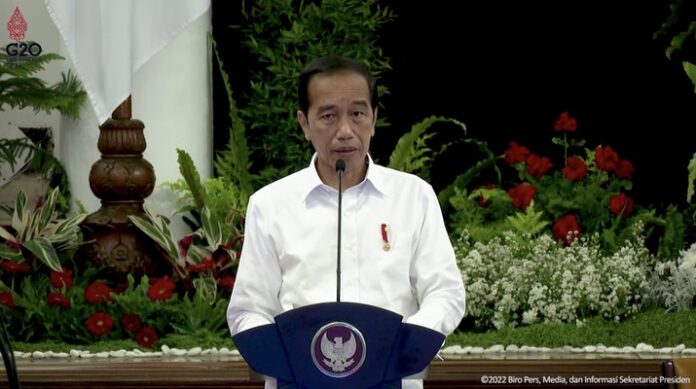 The President of Indonesia, Joko Widodo, appealed to the public not to be negligent with health protocols even though the government continues to relax the Covid-19 rules in Indonesia.

Jokowi reminded the danger of Covid-19 that still exists by looking at the extreme increase in cases that occurred in other countries.

The message from President Jokowi was read by Health Minister Budi Gunadi Sadikin after a cabinet meeting, Monday (18/4/2022). He said, “President’s note, stay careful and vigilant. There is still a lot that is not known about this virus.”

Budi said that several countries were still struggling with a spike in COVID-19 cases. China and Hong Kong and South Korea (South Korea) are some of them.

“In some neighboring countries, China and Hong Kong, cases are still rising high. South Korea is still in the hundreds of thousands. The President’s instructions are to be careful and vigilant, don’t be arrogant and arrogant,” he explained.

The government hopes that when going home later, health protocols must still be obeyed. So that worship and gatherings do not cause new problems, namely the spread of Covid-19 cases.

“The most important thing is to wear a mask. It has become a lifestyle. Mothers wearing brown hijabs, brown masks are not strange anymore,” he said.

Budi understands that many countries have declared a transition from pandemic to endemic. However, Indonesia still needs to see further developments so that policies are as expected.

“We are not too hasty to follow other countries that are too aggressive but instead go up again,” he concluded.

On the other hand, regarding the update of Covid-19 cases in Indonesia, the Task Force for Handling Covid-19 announced that there were 607 confirmed cases today, Sunday (17/4/2022). Thus, the total confirmed cases reached 6,039,873.

East Java is in third place with 55 new cases and 79 recovered cases with three deaths. Banten, although there are only 49 new cases, 773 recovered cases, and no deaths.

Central Java has 36 new cases with 199 recoveries and five deaths. There are at least 24 provinces with cases below 10, and six provinces without new cases, namely, Bengkulu, Aceh, North Kalimantan, Southeast Sulawesi, Gorontalo, and North Maluku.

Keep yourself healthy from Covid-19 by always implementing health protocols, wearing masks, keeping your distance in crowds, and always washing your hands with soap and running water.

No Need to Worry, Now You Can Monitor Vaccine Stocks in...