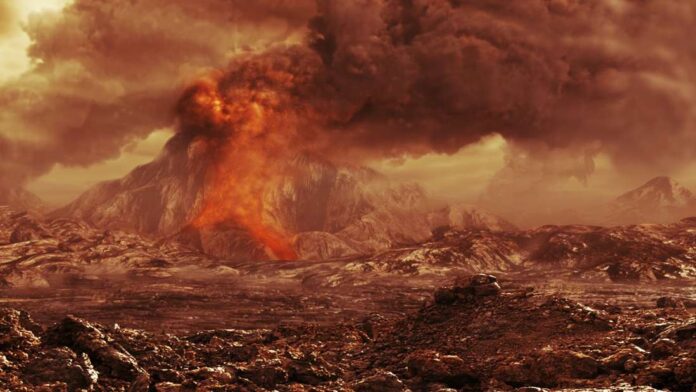 Scientists discovered a planet named K2-141b which is said to be one of the most extreme planets ever found at the edge of the solar system.

Exoplanet K2-141b is called extreme because it has an ocean filled with molten lava, hail, and supersonic winds. This ocean of liquid lava is said to have a depth of 100 kilometers and has winds of 5,000 kilometers per hour.

“This study is the first to make predictions about weather conditions on K2-141b that can be detected hundreds of light years away with next-generation telescopes such as the James Webb Space Telescope,” York University PhD student, Giang Nguyen, said.

The findings were published in the Royal Astronomical Society. Nguyen as the lead author said K2-141b has a water cycle like on Earth.

On Earth, the water cycle causes water to evaporate and rise into the atmosphere to fall as rain again. Something similar happened with the sodium, silicon monoxide, and silicon dioxide in K2-141b. This means that the mineral vapor evaporates and then falls again as rain in the form of stones.

While this may seem very wild, research suggests the Earth may have gone through a similar process.

“All rocky planets, including Earth, started out as a liquid world, but then cooled and hardened rapidly. Lava planets provide us with a rare view of this planet’s evolutionary stage,” Professor Nicolas Cowan, who supervised the research said.

Beyond the sea of ​​lava and rocky rain, the authors also found that about two-thirds of the planet is in continuous daylight.

This happens because the planet is very close to its star. This keeps the planet gravitationally locked. On one side of the planet the rays were continuously exposed, while on the other side it experienced total darkness.

The bright side of the planet has a temperature of 3,000 degrees Celsius, which can melt rock, and even vaporize it. This makes the atmosphere thin in some areas

Reporting from Sci-News, scientists will test their predictions about the planet’s wild weather using more data from the Spitzer Space Telescope.

Reporting from Travel and Leisure, the telescope will provide more accurate information on planetary temperatures.

Jakarta’s Property Is Predicted to Keep Rising Even Though the Capital...