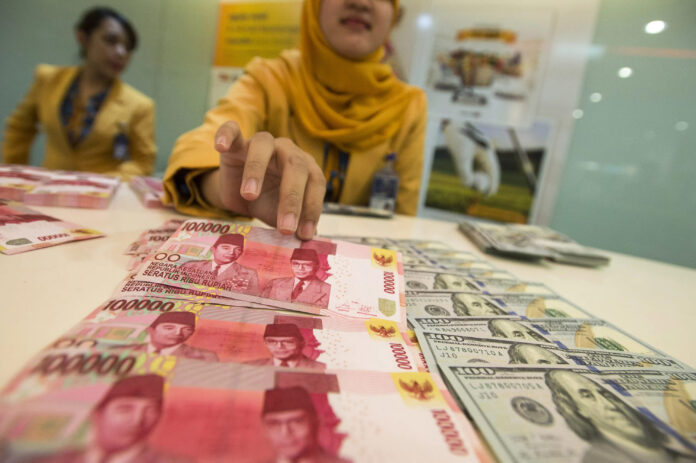 The government and the Indonesian House of Representatives (DPR) Budget Agency, Wednesday (14/9/2022), have agreed on a target for state deposit in 2023. The agreed target is Rp 2,463 trillion.

The largest revenue came from taxes which reached Rp 1.7.18 trillion or slightly higher than the realization estimated in 2022.

Sri Mulyani confirmed, “The target for tax revenue (state deposit) is to increase to Rp 1,718 trillion.”

The biggest drivers of tax payments were non-oil and gas Income Tax (PPh) which reached Rp. 873.6 trillion and VAT of Rp. 743 trillion. Oil and gas PPh is targeted at Rp 61.4 trillion and PBB at Rp 31.3 trillion and other taxes at Rp 8.7 trillion.

The target for state spending is Rp 3.061 trillion, with details of K/L spending Rp 993.2 trillion and non-K/L Rp 1,253 trillion. Furthermore, an additional compensation fund of Rp 1.5 trillion is being proposed, with an increase in the exchange rate to Rp 14,800 per USD.

Previously, Sri Mulyani said the very strong tax revenue was due to commodity prices which contributed up to Rp 174.8 trillion. In addition, the very high tax revenue is also due to the tax amnesty program volume II with the collected funds reaching Rp 61 trillion.

Furthermore, the Economist Institute for Development of Economics and Finance (INDEF) Nailul Huda predicts that Non-Tax State Revenue (PNBP) will decrease in line with the potential decline in global commodity prices next year.

Referring to data from Bank Indonesia, PNBP will be reduced by 11.49 percent. Meanwhile, in terms of tax revenue in 2023, it will increase by 13.06 percent.

“This means that next year’s state revenue will rely on tax revenues,” said Huda in a virtual Indef public discussion.

To that end, Huda mentioned the challenges for the Director General of Taxes to be able to implement the Law on Harmonization of Tax Regulations (HPP) and strengthen the tax base and enforce the rules for amnesty for taxpayers.

“This is a challenge for the Director General of Taxes to be able to better implement the laws that have been made and strengthen the tax base and enforce the rules for amnesty for rogue taxpayers,” he explained.

UAE Releases the List of Countries Which Allowed to Entry, Indonesia Excludes