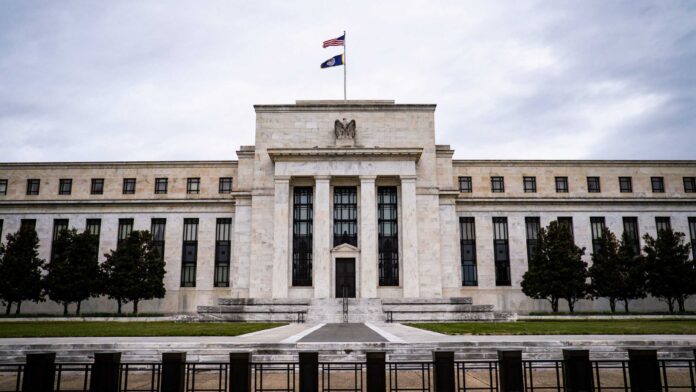 Central banks will hold several meetings this week chaired by the Federal Reserve (the Fed). The Fed is likely to raise interest rates by 75 basis points. Despite the increase, the Indonesian economy is considered strong enough to face it.

The US stock market has fallen in recent weeks as comments from Fed Chair Jerome Powell and the uncool August consumer price index or inflation report led traders and investors to brace for rate hikes to higher levels until inflation is brought under control.

Volume was light overall, with markets in London and Tokyo closed for public holidays.

But world stock markets remain jittery, and the dollar maintains its strong tone, given expectations that the Fed will maintain its aggressive tightening path through next year to contain very high inflation.

Fed funds futures have forecast an 81 percent chance of a 75 basis point rate hike this week and a 19 percent probability of a 100 basis point hike by the end of the U.S. central bank’s two-day policy meeting, according to Refinitiv data.

However, the Indonesian economy is considered strong enough to face the Fed’s rate hike. This can be seen from the prospect of Indonesia’s economic growth which is quite good, although there will also be the threat of a recession.

Senior Economist, Anton Hermanto Gunawan, said that he saw that Indonesia’s GDP at the end of 2022 could still be in the range of 5%. However, next year, he sees the economy potentially experiencing pressure along with the threat of a global recession.

Although the effects of the global recession will not be significant on the Indonesian economy, the decline is still there. “Although it will not be big for Indonesia, it can bring Indonesia’s growth to a little below 5%,” he said, Tuesday (20/9/2022).

As is known, consumption and exports are the pillars of Indonesia’s economic growth. Consumption, he said, will be affected by the secondary effects of inflation.

Meanwhile, Indonesia’s exports will depend on movements in global commodity prices.

“Next year, if there is a recession, we are worried that commodity prices, including commodity demand, will tend to decline,” he explained.

The only thing to look forward to in the next year is an investment. As is known, Indonesia has issued the Job Creation Act. Anton hopes that this law can be the basis for future investment growth.

Stuck by the Pandemic, Thousands of Lion Air Group Employees Forced to be Laid...