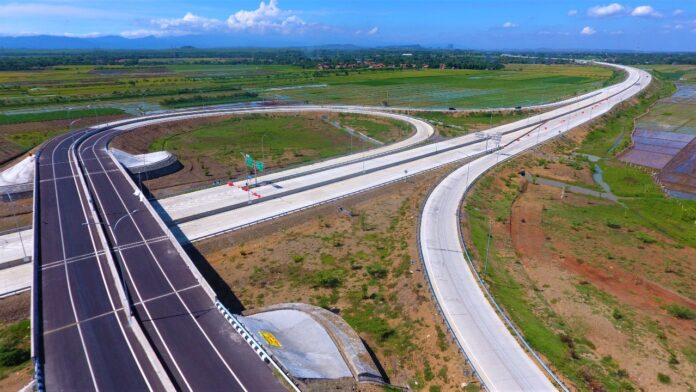 The Probolinggo – Banyuwangi Toll Road construction, a continuation of the Trans Java Toll Road, does not seem to have been completed according to the target, 2024. This is due to the limited capacity of the state budget.

For now, the projected construction is only until Probolinggo – Besuki can be completed, while Situbondo-Banyuwangi cannot yet be achieved.

“Maybe we can solve it until Besuki, because this is too much of a problem, so in 2024 we will pass it to Besuki,” said Director General of Highways of the Ministry of PUPR Hedy Rahadian, in a meeting with Commission V of the Indonesian House of Representatives, quoted Friday (16/9/2022).

The Trans Java toll road network currently connects the Banten area to Surabaya. In addition to the 45 km long toll road from Pasuruan to Probolinggo, construction is currently underway which previously was still being pursued. Where it has only been built until East Probolinggo or section 3. While section 4 of East Probolinggo – SS Gending is targeted for completion in December 2022.

Currently, the Probolinggo – Banyuwangi toll road is still in the process of land acquisition, where according to the BPJT Toll Road Construction Progress Monitoring report, the progress for sections 1 and section 2 or from Probolinggo to the Besuki interchange has reached 87%, and 21%, respectively.

The Trans Java section is not completed until Banyuwangi, due to the limited capacity of the state.

“The state’s ability to acquire land is limited, LMAN (State Asset Management Agency) funds are limited, so we make it a priority because our previous target was to reach Surabaya, but we have overshot to East Probolinggo at this time,” he said.

In addition to the issue of land funds, Hedy also explained that there are problems with toll roads that pass through protected debt areas that have not been completed. So that the completion until Besuki before 2024 is a realistic target.

“The president hopes that there will be no stalled projects, we are targeting that Semester I-2024 is complete, so we will set it to Besuki first,” he said.

To note, the construction of the Probolinggo-Banyuwangi section itself was first inaugurated in 2017. At that time, the signing of the agreement coincided with the South Jakarta-Cikampek (Japek) II toll road project, which was projected to make Jakarta-Bandung reachable in less than an hour.

The two toll road developments are included in the 2022 National Strategy Project (PSN), which means that they will be accelerated to a maximum of 2025.

In the initial design, the Probolinggo-Banyuwangi toll road was projected to have a length of about 171.51 kilometers. Meanwhile, the investment costs disbursed reached Rp23.39 trillion, with construction costs amounting to Rp17.10 trillion.

In connection with the PSN era of President Jokowi’s administration which will end in 2024, it will also automatically affect the completion of its construction. Where on the Probolinggo-Banyuwangi toll road, the area that is included in the PSN target has only reached section 2, namely the Paiton-Besuki section in 2024.