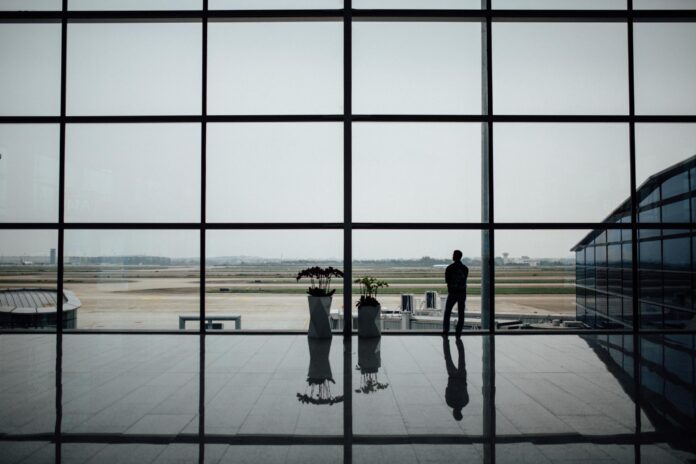 Arya Pradhana Anggakara, Head of Public Relations and General Affairs of the Directorate General of Immigration, explained that the 34 foreign workers from China had received a recommendation to be allowed to enter from the Soekarno-Hatta Class I Port Health Office (KKP).

“They have passed a health check by KKP Soetta, then recommended being allowed to enter Indonesia. Then an immigration check was carried out. And it was found that they were all ITAS holders, so they were included in the category of foreigners who were allowed to enter according to Menkumham Regulation 27 of 2021,” said Arya in Jakarta, Sunday (August 8, 2021).

Romi Yudianto, Head of Immigration Class 1 for Soekarno-Hatta Airport, also confirmed that the dozens of Chinese citizens had met the requirements and were under applicable regulations and had a Limited Stay Permit Card (KITAS).

The restrictions’ application on foreigners coming from abroad began to be implemented last July 24.

The Citilink plane carrying 34 Chinese nationals and 3 Indonesian citizens arrived at Soekarno-Hatta Airport, last Saturday. According to Romi, after going through the process of examining immigration documents, these dozens of Chinese citizens were allowed to enter Indonesia.

The following are facts related to the entry of foreigners into Indonesia during PPKM.

The government prohibits the arrival of foreign workers working on national strategic projects. This decision was taken in line with the continuation of the emergency PPKM period announced by President Joko Widodo.

“Previously, foreign workers who entered Indonesia in the context of national strategic projects, we have now restricted them from entering,” said Minister of Law and Human Rights Yasonna Laoly at a press conference, July 21, 2021.

As known, Yasonna has revised Regulation Menkumham Number 26 of 2020 concerning Visas and Residence Permits in the Adaptation Period of New Normal. He has also communicated with the Ministry of Foreign Affairs, Ministry of Transportation, and other ministries regarding this rule change.

2. Foreigners who are Excluded

Based on the Regulation of the Minister of Law and Human Rights Number 27 of 2021 concerning Restrictions on Foreigners Entering Indonesian Territory During the Emergency PPKM Period, only foreigners who meet several conditions are excluded or allowed to enter Indonesia.

In addition, foreigners with health and humanitarian purposes, after obtaining a recommendation from the ministry/institution that carries out the Covid-19 handling function and have complied with the health protocol under the provisions of the legislation. Finally, the crew of the transportation equipment that comes with the conveyance.

Muhammad Awaluddin, President Director of AP II, previously said that foreigners or foreigners who aren’t included in the five classifications mentioned above aren’t allowed to enter Indonesian territory, and inspections will be carried out at the airport, precisely in the area. International arrivals by the Immigration Office.

As for passengers on international routes who just landed at AP II airport, both foreigners fall into the 5 classifications. As well as Indonesian citizens must comply with the health protocols that have been put in place, including showing the required RT-PCR test results and quarantine them according to the procedures.

Class 1 Immigration Office specifically for Soekarno-Hatta Airport refused 39 foreign nationals (foreigners) to enter Indonesia during the restriction on foreigners for the period of July 24 to August 7, 2021.

This foreigner restriction also coincided with the extension of the Emergency PPKM to PPKM Level 4. “During the PPKM policy we have rejected many foreigners who don’t meet the entry requirements to Indonesia,” said Soekarno-Hatta Airport Immigration Head, Romi Yudianto, Sunday, August 8, 2021.

Romi said 39 The rejected foreigners came from various countries, but most were from the United States, France, Denmark, the United Kingdom, and Spain.

The basis for the refusal was because they did not meet the requirements and provisions of Permenkumham number 27 of 2021.

Starving to Sharp Weapon Wounds, 3 Orang Utans in Central Kalimantan Have Been Evacuated