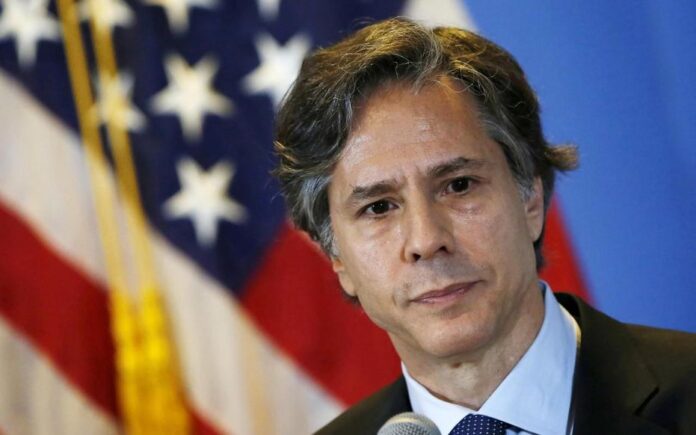 Secretary of State Antony Blinken said the U.S. has reached a deal with Russia to extend for five years a key nuclear arms treaty, an agreement that comes days before the treaty was set to expiration.

Blinken said in a statement that the extension of the New START nuclear arms treaty — until Feb. 5, 2026 — reduces the risk of a deadly arms race and allows the U.S. close inspection of the Russian arsenal and restrictions on its missile programs.

The treaty, which first entered into force in 2011, puts strategic caps on both U.S. and Russian nuclear weapons arsenals as well as allowing inspections on both sides to ensure compliance.

Blinken said the U.S. will work over the next five years to extend the parameters of the treaty to address all of Russia’s nuclear weapons while also pursuing arms control with China to reduce its nuclear arsenal.

The extension of the treaty on Wednesday was welcomed by NATO, saying the treaty contributes to “international stability” and is an important step in the effort to address nuclear threats.

The Biden administration has said it is reviewing a host of bad actions by Russia and weighing how the U.S. will respond, including responding to Russia carrying out a massive cyber hack of government agencies and private companies; reported Russian bounties on the heads of American soldiers in Afghanistan; and interference in domestic U.S. elections.

The U.S. is also weighing actions against Moscow over the attempted assasination by chemical weapon of Russian opposition figure Alexei Navalny, and has spoken out that his subsequent arrest and sentencing in a Moscow-court is “politically motivated”.