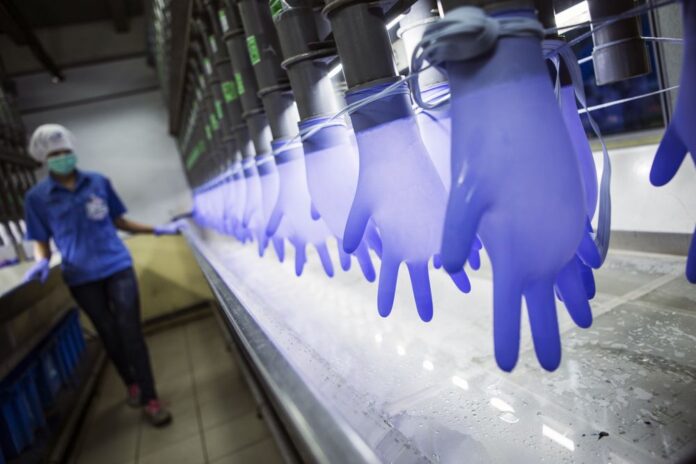 The world’s largest glove manufacturer, Top Glove, in Malaysia will close more than half of its factories after 1,511 employees have been infected with the coronavirus, Tuesday (24/11).

Reported by AFP, Top Glove found a cluster of Covid-19 outbreaks, many of them come from low-paid migrant workers.

The Malaysian Ministry of Manpower has been instructed to focus on investigating the working and housing conditions at the Top Glove factories.

According to the Health Ministry, clusters around the factory and company dormitory areas in the city of Meru had accounted for 1,511 of the 1,623 cases recorded in the state of Selangor as of Tuesday.

Reported by the Straits Times, Minister of Human Resources, M. Saravanan, said the National Security Council (NSC) decided to try to stop the spread of the corona virus in Top Glove.

“We are not only sending a team to check the conditions in Top Glove, but also (sending) the entire Department of Manpower. We will finish everything in a week,” he said.

Saranavan had visited the Top Glove factory a few days earlier with Department of Labor officials. He said the housing conditions for the workers were very poor.

“I have visited the hostel and the conditions were very bad. My officers were ordered to watch because this is a large and vulnerable colony of migrant workers. If we don’t act, this cluster may become out of control. The Labor Department will make sure employers are responsible for workers’ conditions and serious action will be taken according to law, ” Saranavan said.

In July, two Top Glove subsidiaries were hit by an import ban by US Customs and Border Protection (CBP) over allegations of forced labor.

During the pandemic, Top Glove received a huge spike in purchases, increasing its profit and share price, as countries around the world continue to compete to buy medical protective equipment.

In a statement, Top Glove said they were working with authorities to fight the pandemic.

“Top Glove wants to assure our customers that we are working closely with the authorities during this period to ensure the continued safety and well-being of our employees and the local community, which remains our top priority,” the statement said.

Tog Glove added that they would continue to strictly comply with the rules for preventing Covid-19.

“Disinfection of our premises and accommodations is also carried out regularly, with all necessary precautions strictly in place,” the statement further said.

The company said around 5,700 workers had been screened and the rest would also undergo Covid-19 tests.

Top Glove currently employs more than 21 thousand workers across the country and operates 47 factories. Many of the workers come from Nepal and live in crowded dormitory.

Within a year, Top Glove can produce more than 70 billion gloves and become a major global supplier.

On November 23, the NSC decided Top Glove should gradually close its factory after Covid-19 broke out in its circle of workers.

The cluster first appeared on November 7 and now has 4,036 cases. Of this total, more than 80 percent are foreign workers.

Prior, city of Meru, where some of the Top Glove factories are located, is busy and overcrowded. Now it’s like a ghost town.

The Survey from Manulife: Indonesian People Are Optimistic that Indonesia Will...