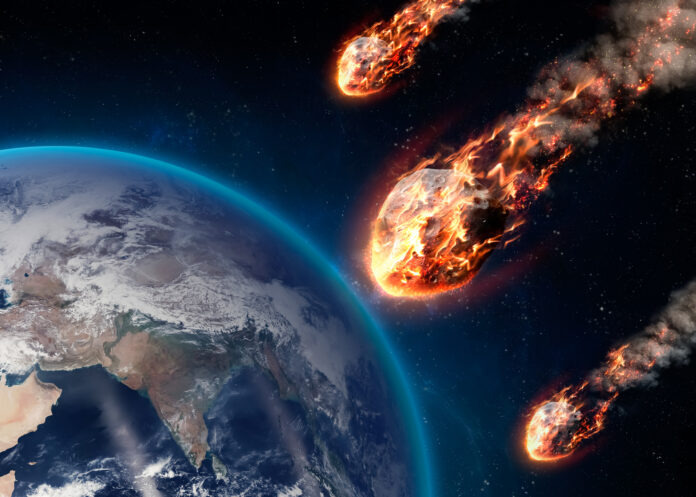 A giant asteroid is reported to be crossing Earth this week. The asteroid is said to be 0.51 kilometers in diameter, about the size of the Golden Gate Bridge and will pass within 4,302,775 km from Earth.

The asteroid is also reported to be the same height as the tallest building in the world, the Burj Khalifa in Dubai, which is more than 800 meters high.

Quoting express.co.uk, the asteroid was first discovered by scientists in New Mexico on November 29, 2000 and they have been tracking it ever since.

Asteroid 153201 (2000 WO107) has been classified as a Near Earth Asteroid (NEA) because it will come within 1.3 astronomical miles of Earth. The asteroid is also known as Potentially Hazardous Asteroid (PHA).

This asteroid is classified as the Apollo asteroid because it will collide with Earth’s orbit as it passes through space. Even though it is classified as NEA and also very large, astronomers are still searching for the asteroid’s position from Earth.

Spacereference reported that NASA has classified 2000 WO107 as a “Potentially Dangerous Asteroid” because of its predicted close proximity to Earth. NASA experts explained this asteroid contains nickel, iron and cobalt.

Its orbit is very elliptical. 2000 WO107 is about 0.5 kilometers in diameter, making it small in absolute terms, but is said to be larger than the majority of asteroids.