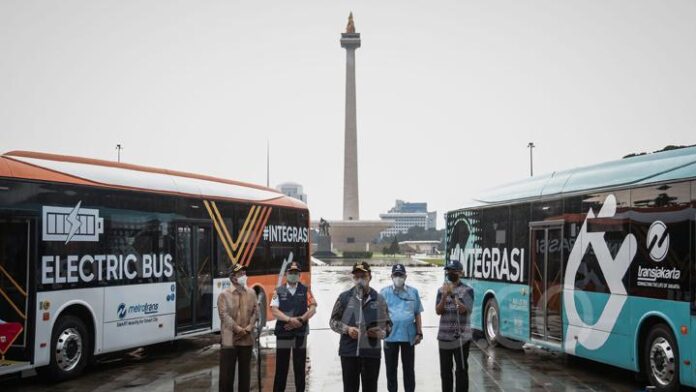 The president’s desire to expand the use of electric cars seems to be enthusiastically welcomed by local governments, one of them is the DKI Jakarta Provincial Government. They plan to use 200 electric vehicles by 2023 to support air quality improvements.

“Next year we will prepare no less than 100 and no less than 100 two-wheeled vehicles,” said DKI Deputy Governor Ahmad Riza Patria at the commemoration of National Transportation Day in Jakarta, Saturday (17/9/2022).

However, Riza has not provided details of the budget prepared for the procurement of the electric motorized vehicle.

He explained that the plan to procure official vehicles for operations using electric fuel was carried out in stages and would continue to be added.

He hopes that the public will also support the government’s efforts to achieve clean air quality in Jakarta. One of them is by switching to using mass public transportation.

“Next year also through the Regional Development Plan (RPD) of no less than 100, hopefully, we can provide TransJakarta electric buses,” he said.

The procurement of official vehicles that utilize electric power is following the Presidential Instruction of the Republic of Indonesia Number 7 of 2022 concerning the Use of Electric Vehicles to become official vehicles for central and regional government agencies.

Through the Presidential Instruction, President Jokowi ordered regional heads to draw up and establish regulations to support the acceleration of the implementation of the use of electric cars.

Jokowi also instructed the preparation of budget allocations to support the program. Then, encourage regional-owned enterprises (BUMD) to increase the use of various types of battery-based electric motor vehicles.

In addition, to synergize and supervise each work unit and region to monitor the development of the use of battery-based electric motorized vehicles as official vehicles.

Furthermore, providing fiscal and non-fiscal incentives in the form of convenience and priority for the use of battery-based electric motorized vehicles.

Indonesia Has the Chance to Become a Developed Country in 2045

Motor Vehicle That is More Than 3 Years Old Cannot Enter...