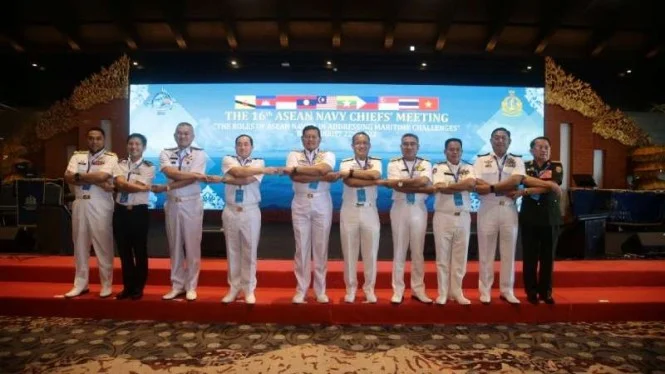 On Monday (22/8), Naval leaders from the Association of Southeast Asian Nations (ASEAN) countries forum held a meeting in Sawangan, South Kuta, Bali. They discussed several issues, such as the security of the Indo-Pacific region and the South China Sea.

The meeting was held on the agenda of the 16th ASEAN Navy Chief Meeting (ANCM). The Indonesian Delegation is Led by the Chief of Naval Staff (KSAL).

“Of course, in ANCM activities, all naval chiefs of staff also discuss the welfare and security of the Indo-Pacific region, especially the Southeast Asian region,” said Chief of Naval Staff (KSAL) Admiral Yudo Margono to reporters after the meeting.

Yudo explained that the Indonesian Navy (AL) is now the host of the 16th ANCM meeting. This year’s meeting is also the first face-to-face meeting after two years, namely the 14th and 15th ANCM, held online or online.

According to Yudo, the 16th ANCM meeting this time is also in line with Indonesia’s plan to become ASEAN Chair in 2023.

In addition to the Indo-Pacific Region, Chief of Naval Staff (KSAL) Admiral TNI Yudo Margono said security issues in the South China Sea were also discussed in the forum because they intersect with several ASEAN member countries.

“Yes, of course (discussed the security of the South China Sea). Previously, it was also discussed about security, especially in the South China Sea because it is also bordered by Malaysia, Brunei Darussalam, Indonesia, and Vietnam,” said Yudo Margono.

Yudo said that ASEAN navies would agree to maintain security and stability at sea, especially in the South China Sea area. One of the efforts made is to improve diplomacy.

“Of course, with diplomacy, increasing diplomacy with possible activities with joint exercises, it is also a form of our agreement to maintain regional stability at sea, especially in the South China Sea,” he explained.

Coal Exports to Europe This Year Will Be the Biggest in...